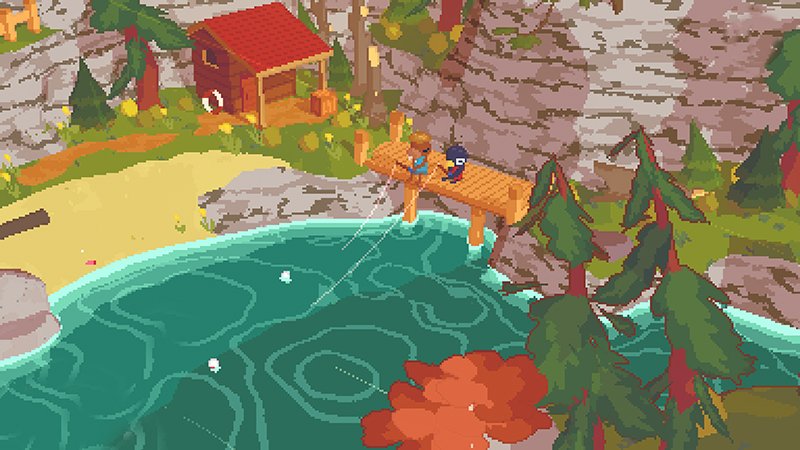 Except for Halo Infinite, just about every big 2021 game is out. Developers from across the world have somehow put out amazing games throughout the year, despite the crushing and ongoing pandemic. It’s truly impressive. However, these constant releases can be exhausting as many of them require a sizable commitment. That’s where games like A Short Hike come in, a title that serves as a fantastic, snackable experience that can break up the pacing between all the huge heavy hitters.

It’s right there in the title: A Short Hike. This game tells the player that it’s brief right in its name. It’s cathartic to see a game directly marketing itself to those who don’t want to spend hundreds of hours in another RPG or be FOMO-ed into grinding seasonal content in some online shooter.

Those types of games usually have a steady dopamine drip that’s elongated over dozens or hundreds of hours, but A Short Hike, comparatively, just jabs players with the whole dopamine dose in one shot. On a basic level, it has many of the same principles of an open-world game like helping secondary characters, collecting items to gain more stamina, uncovering secrets, and completing various side quests. But all of these tasks have been shrunk down into something more manageable that can dole out satisfaction at a speedier clip.

This means that its lack of waypoints and scores of collectibles leads to a sense of exploration and discovery without much repetition. The game doesn’t overtly point to where to go and isn’t hard to navigate, but it’s still rewarding to travel around since it’s slimmed down enough to find the important bits without much help. Bigger games like Assassin’s Creed Valhalla can’t do away with such handholds because there would be too much empty space with no direction; players would stumble around aimlessly for hours in the middle of nowhere because there’s so much meaningless empty space. In A Short Hike, players can find important bits on their own without a mission marker because the world is designed around it, meaning players can feel accomplished like they have found something themselves without spending a ton of time wandering.

In a 2019 GDC talk, the game’s creator, Adam Robinson-Yu, spoke about how the “freedom to go in any direction at any time adds a sense of magic to the game” and part of that magic here is crafting a world that intuitively and subtly guides players where to go but makes them feel like they figured it out. Other games like The Legend of Zelda: Breath of the Wild are able to give players that magic, too, but A Short Hike‘s ability to condense that into a smaller timeframe is something games should do more of. It’s like how Mortal Shell provided a satisfying soulsike experience in less than a dozen hours, something that usually takes around 40 hours to do in other entries in the genre. Finishing parts of the game and hitting the end of the story are attainable and relaxing, but so is playing it like a completionist. Assassin’s Creed Valhalla — which is worth continually bringing up since it is the polar opposite of A Short Hike — takes around 70 hours to hit credits, but that hour count doubles when trying to get the game’s platinum trophy as it puts an absurd grind on top of an already grindy game.

MORE: Far Cry 6 Review: A Solid Evolution, Not a Revolution

A Short Hike is comparatively a much more rewarding completionist experience because doing everything doesn’t take too much time. There are three treasure hunts, not 30. Only 20 feathers are scattered around, not 120. Players just have to catch 15 fish, not 50. Games (even some well-paced ones) can often stuff themselves with monotonous tasks and can making 100% runs a chore, but A Short Hike is one that upholds its trimmed-down nature even for the hardest of the hardcore. Few games are as pleasing to finish as they are to fully complete.

A Short Hike controls well and is gratifying just to move around in. This solid base means the mini-games like beachstickball, gliding, and racing are all mechanically sound and can effortlessly support the exploration at its core. And even though it originally came out in 2019 on Switch and PC and these qualities have been well-documented, the game’s recent release on the PlayStation and Xbox consoles works because of the time it came out in: the holiday season. With so many giants, even a port of a small game sticks out because of how it acts as a fitting break between big space epics like Guardians of the Galaxy or intense shooters like Call of Duty: Vanguard. Not every game needs to suck players in for days at a time and have multiple experience bars and a gear system in a desperate effort to hook players for the long haul. Some, as this game has shown, just need to be a short hike.