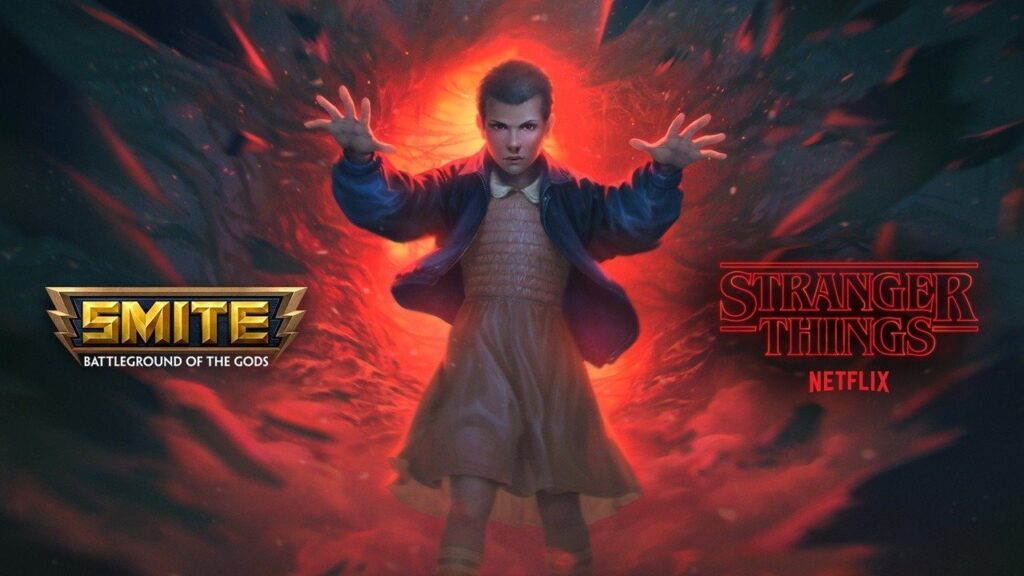 There are a lot of great free-to-play offerings available on the Nintendo Switch and one arguably worth your time is Hi-Rez Studios godly offering Smite.

It made its debut on the eShop back in 2019 and the content for it has continued to roll out since then. In the latest update, the official social media account is teasing “something” and based on the image attached it’s some sort of Stranger Things cross-promotion.

Something is coming… Something that’s hungry for blood!@Stranger_Things is coming to SMITE!

Make sure to tune in to #SummerGameFest tomorrow at 2pm ET for all the details, plus more info to come as part of #GeekedWeek! pic.twitter.com/qDVMYeHkOG

Stranger Things has done a bunch of cross-promotions – so it’s no surprise to see it’s doing another. One other we heard about last week was a collab with Dead by Daylight, which we must admit seems much more appropriate.

We’ll see how this Smite X Stranger Things cross-over pans out when more is revealed at the Summer Game Fest.