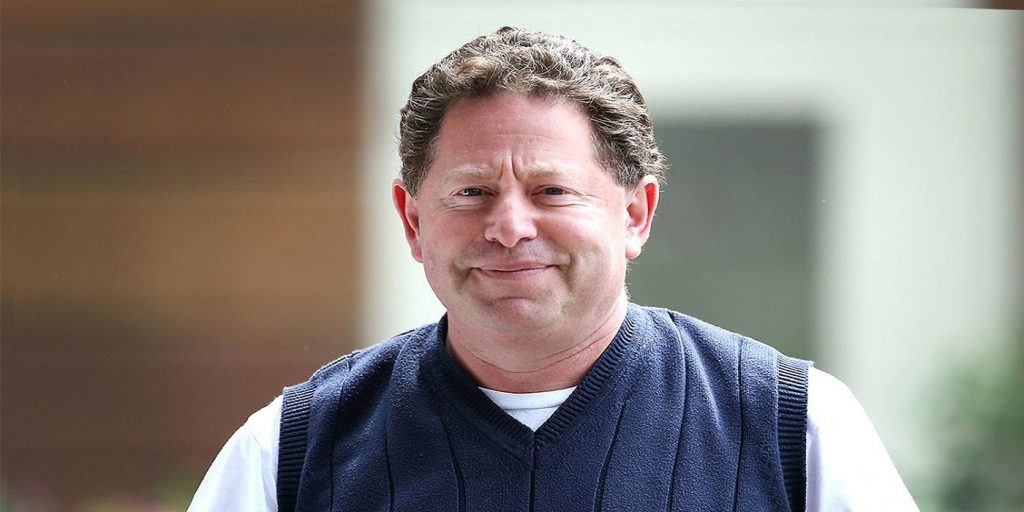 Activision’s CEO will continue to work as such until 2023, but while this means he’s taking a pay cut, he won’t technically be earning any less.

Activision has faced criticism for a number of reasons, such as continued problems plaguing the current Call of Duty games, issues with the next-gen upgrade for Tony Hawk’s Pro Skater 1 + 2, and its own CEO, Bobby Kotick. Kotick has come under fire from fans, critics, and even Activision’s own shareholders for earning too much money. So, it may be good news to some to hear that Kotick is taking a rather massive pay cut.

According to a recent filing, as reported by GamesIndustry.biz, Kotick, who has served as CEO of Activision Blizzard for over 30 years, is having his employee agreement extended past its end date of December 31, 2021. He will continue to hold the position until at least March 31, 2023. The filing reads that this is due to how financially successful the company has been under Kotick’s leadership, with its market capitalization increasing from less than $10 billion to over $70 billion.

Despite the pay cut, though, this doesn’t necessarily mean that Kotick will be earning any less money. The filing also states that he will still be eligible to earn an annual bonus of upwards to 200% of his reduced salary and will be granted future long-term equity incentive awards. How much each of those will be will depend on the company hitting certain financial performance milestones.

Last month, it was also reported that he could earn almost an additional $200 million. CtW Investment Group criticized this, stating that the rise in Activision’s stock price couldn’t be contributed to just Kotick alone and the achievement didn’t justify such a large payment regardless.

On top of that, while Kotick has only earned more and more money through Activision’s growing success, the company still laid off hundreds of its employees over the last couple of years. In 2019, 800 employees were let go despite Activision reporting a very successful 2018, which faced near insurmountable criticism to the point where many demanded that Kotick be fired.

Something similar happened again earlier this year. Even with 2020 being another record year for Activision, 50 Blizzard employees from its live events department were fired. It was obviously difficult, if not outright impossible, for live events to take place in 2020 due to the coronavirus pandemic, but when people lose their jobs while their boss’ salary only balloons ever larger, it’s no wonder people would be critical and take issue with Kotick.

After falling in love with videogames during the days of the GameCube, Michael Beckwith has been writing about them since 2014. After graduating from university with a degree in Computer Games Design and Creative Writng, he got his feet wet contributing to a number of smaller sites, before finding a home at GameRant to report on the latest news. When he’s not writing for his own website, Too Long for Twitter, he also takes part in a radio show called The Entertainment Dome. For more of his ramblings about games, film, anime and more, check out his Twitter @Brawler1993.