Amazon Prime Day 2021: when is it and what to expect 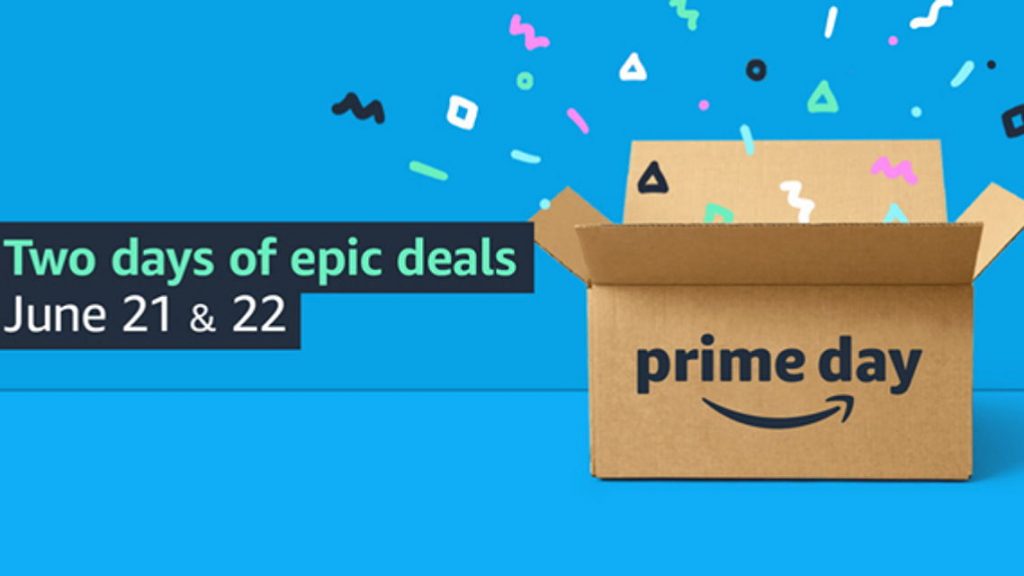 Amazon have confirmed the dates of this year’s Amazon Prime Day sale today, slating the annual deals fest for June 21st-22nd later this month. This puts Amazon Prime Day back in its usual mid-year spot, after last year’s event ended up being delayed to October due to Covid-19. With just a few weeks to go before Prime Day kicks off, here’s what you can expect to see from this year’s Prime Day sale, as well as our top recommendations on what kind of deals you should be looking out for if you want to give your PC some great value upgrades.

This year, Amazon Prime Day will take place on Monday June 21st and Tuesday June 22nd. The sale will start at 12.01am on the Monday and finish at 11.59pm on the Tuesday, giving you a full 48 hours of PC gaming deals to get stuck in with.

Naturally, you’ll need to be an Amazon Prime member to take advantage of Amazon’s Prime Day deals, and UK readers can sign up here (and US folk over here) if you don’t have it already. Remember, you can always sign up for the 30-day free trial and cancel it as soon as Prime Day’s over if you don’t want to sign up for a whole year.

What to expect from Amazon Prime Day 2021

On the day itself, all Amazon Prime Day deals will be highlighted with blue stickers on Amazon to make it easy to identify which deals are proper Prime Day ones. There will also be the usual mix of time-limited lightning deals and longer, all-day deals, and there will likely be different deals on each day, too. Naturally, we’ll be rounding up all the best Amazon Prime Day deals over in our main Deals section, highlighting the hardware discounts we think are worth shouting about.

Aside from the inevitable swathe of PC gaming hardware deals on offer, Amazon’s big Prime Day gimmick for 2021 is that Prime members can also get £10 credit to spend on Prime Day itself when they spend £10 on what they’re calling “selected small business products” from third party sellers on Amazon between June 7th-20th. This includes Amazon Handmade and Amazon Launchpad items, and we’ll be keeping an eye on these over the coming weeks to see if there’s anything worth highlighting.

In the meantime, here are the deals we think you should be looking out for come June 21st.

SSDs are always a big ticket item during Amazon Prime Day, and we expect there to be lots of great deals on today’s best SSDs for gaming this year, too. The WD Blue SN550 is our top pick to look out for – it had some all-time low deals on it during last year’s Prime Day, dropping to £85 /$100 for the 1TB model and £50 for the 500GB model, so here’s hoping we see some more good deals this year as well.

Today’s best CPUs for gaming are still a bit difficult to come by at the moment, but stock levels are slowly returning to normal. While it’s unlikely we’ll see any major discounts on CPUs this year, it’s still worth keeping an eye on our current CPU recommendations, the AMD Ryzen 5 5600X and Intel’s Core i5-11600K. These processors offer plenty of power for a modern gaming PC, and are pretty much just as fast as each other, too. AMD’s 5600X has the added advantage of coming with a cooler in the box, but there are bound to be some good CPU cooler deals floating around as well if you want to go down the Intel route.

Gaming monitors were another popular deals items last year, with big discounts on Samsung’s Odyssey range of 240Hz screens as well as numerous Acer monitors and BenQ displays. From our list of best gaming monitor recommendations, we’ll be crossing our fingers for some good deals on AOC’s 24G2U, a brilliant 1080p, 144Hz monitor that continues to be one of the best budget gaming monitors around. Cheap monitors tend to go extremely quickly, though, and since they’re already quite cheap in the first place, any potential discounts are likely to be quite small. For those after a bigger saving, perhaps Prime Day could be the time to upgrade to one of our best 4K gaming monitor picks, such as the excellent Acer Nitro XV273K. Watch this space.

Prime Day is a great time to pick up some new gaming peripherals, too. In previous years, big brand names such as Razer, Logitech, Corsair, Steelseries and more have all had some great gaming mice on sale, with many of our top gaming mouse picks hitting new all-time low prices. You can take a look at some of our highlights from last year to get a feel for what kind of prices you can expect, but needless to say, if your current mouse is looking a bit tired, or you fancy upgrading to one of today’s best wireless gaming mice, Prime Day could well be an excellent time to pick up a replacement.

Like gaming mice, gaming keyboards are another perennial Prime Day favourite, and last year there was a great mix of models from Razer, Corsair, Asus, and HyperX to choose from. We expect a similar range of models to get discounted this year, too. Our top keyboard to look out for would be Logitech’s G915 Lightspeed Wireless, or its wired sibling, the Logitech G815 Lightsync, which are two of our favourite gaming keyboards of all time. These low-profile mechanical keyboards are usually very expensive, but the G815 had a great discount in the UK last year, so here’s hoping we’ll see some more crop up this year as well.

The two big gaming headset winners from last year’s Prime Day were Steelseries and Razer, which is handy, as they make some of the best gaming headsets you can buy today. We expect to see a similar range of models this year, too, and top of our list is the Steelseries Arctis 7, our favourite wireless headset.

Finally, if you’ve been struggling to buy a new graphics card this year, you may be thinking of buying a new gaming laptop instead. While we don’t expect any of this year’s new RTX 30 series laptops to be discounted, it could be a great time to pick up an older RTX 20 model on the cheap if the price is right. Last year had some great Razer gaming laptops on offer, as well as plenty of very capable models from Asus and Acer, too. We’ll be keeping a close eye on these to find the perfect, great-value specs combo.