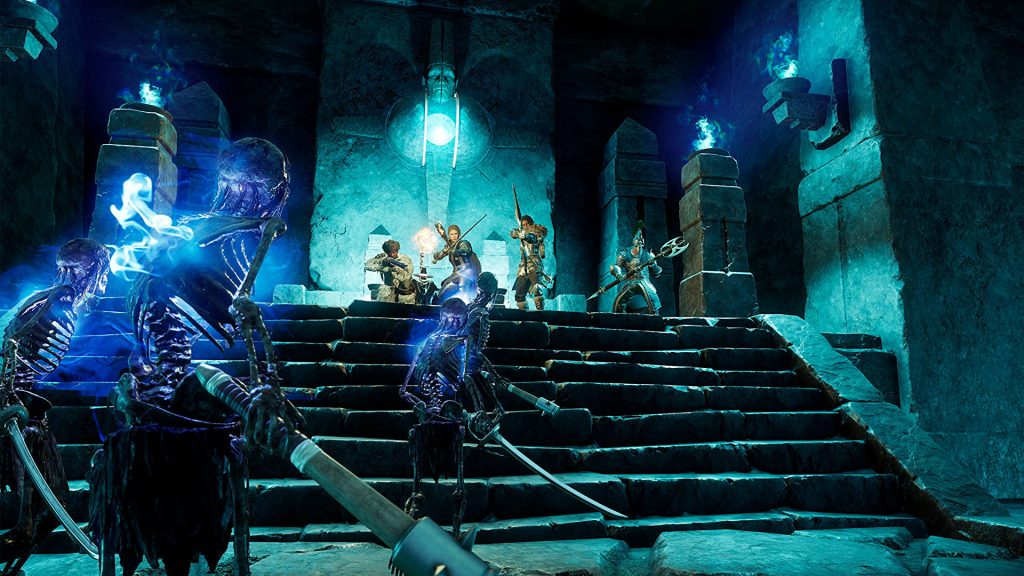 Amazon’s next attempt at releasing a video game is approaching again. After multiple delays, their MMO New World is entering closed beta in July. Amazon have even posted a flashy new trailer and committed to their August launch date. Their 17th century fantasy colonial world is really going to set sail this time, it seems. I’m not sure I have faith that it will break any new ground for MMOs, but I do honestly hope it fares better than their online shooter Crucible.


If you’d not been keeping up, New World is an open-world fantasy MMO that Amazon have been working on for some time. It’s not class-based, so your character progression is tied to your choices in weapon. It has exploration, large-scale PvP modes, a territory control element, and factions as well—all relatively familiar stuff for MMOs, really.


“Our vision for New World is to create a game where PvP and PvE play styles will not just coexist but will complement each other,” they say.


The new “This Is Aeternum” trailer that arrived today does prove one thing: it does still look pretty. It’s a very curated look at the game, of course, but the action combat does look like it might be nice and fast now too.


New World was expected to launch last August, but got moved back to this year so that the team could continue “scrutinizing our feature list, taking input from our Alpha audience, and listening to what they enjoyed (or didn’t!) about the current game,” AGS said at the time. They ran a closed beta for players around the time that it had been scheduled to launch last year and have been in closed alpha since.


The latest alpha update notes from May let on what Amazon have been working on recently. Most of the high points sound pretty familiar. They talk about unlockable player titles, player housing tiers, faction missions, and discoverable fast travel points.


I’ll say that as a lapsed MMO player, New World continues to feel like a textbook interpretation of the games that have already lost my attention. That said, maybe there are plenty of folks out there who are just looking for more of the same in a New World. I do genuinely hope so, even if I have doubts that it will entice me personally. Big corpo Amazon doesn’t need or deserve my sympathy, but I do feel for the individual developers who would probably appreciate a win after Crucible outright un-launched itself.


Amazon also recently canceled their Lord Of The Rings MMO. A report fron January on the dysfunction inside Amazon Game Studios largely pins their swing and misses on trend-chasing executives with little video game familiarity. Hopefully they’ve spent this past year listening closer to the creative teams they hired.


“Remember, launch is Day 1,” AGS say about New World. “It is just the beginning for us, and we will continue to grow Aeternum, add features, and partner with our players to shape New World.” I hope that’s truer for New World than it was for Crucicble. May they have a good launch day—or as good a launch day as any MMO can have, I suppose.