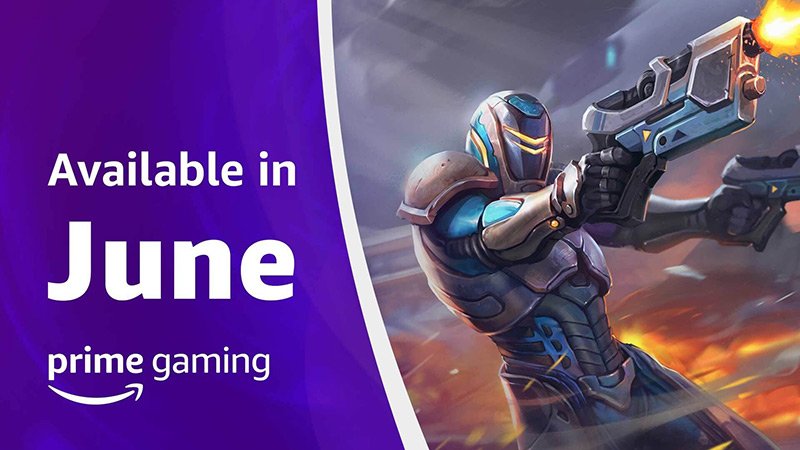 Prime members can claim these offers for a limited time at gaming.amazon.com.

This month’s biggest offers include:

–Fall Guys: Ultimate Knockout – Prime Gaming is celebrating the kickoff of Season 5 in the hit party game with the exclusive Burning Circuits Bundle, which includes a Burning Circuits Costume and 6500 Kudos to help players fast-track their way to the next in-game goodie.

Kick Off the Summer with Six New Free Games

Prime Gaming is adding six free titles to their library for June. This month’s lineup brings a variety of games to choose from, from Batman – The Telltale Series, the popular episodic point-and-click graphic adventure game, to Newfound Courage, a story-driven adventure game.

–Newfound Courage – Explore the story-driven adventure game about a gay hero who falls in love with his best friend while the world unravels around them.

–Lost in Harmony – Jump into the musical runner that blends a deep and emotional story into a rhythm game.

–BFF or Die – Cozy up with this crazy cooperative puzzle game where you can play with up to four players! Become a time-traveling alien sent to Earth on a risky rescue mission.

–Spitkiss – Enter this colorful and true one-finger platformer that lets players enter into the lovely world of the Spitkissers, where tiny creatures that communicate through body fluids and emojis.

–Mugsters – Test your knowledge in this physics-based, supercharged, action-packed puzzler with sandbox levels where players must outrun, out-maneuver, and outsmart their enemies by experimenting with different vehicles, environmental traps, and explosives.

Prime members can look forward to even more great content throughout the month of June, including new in-game loot and content drops for League of Legends, Rainbow Six Siege, VALORANT, Madden 21, SMITE, and more!