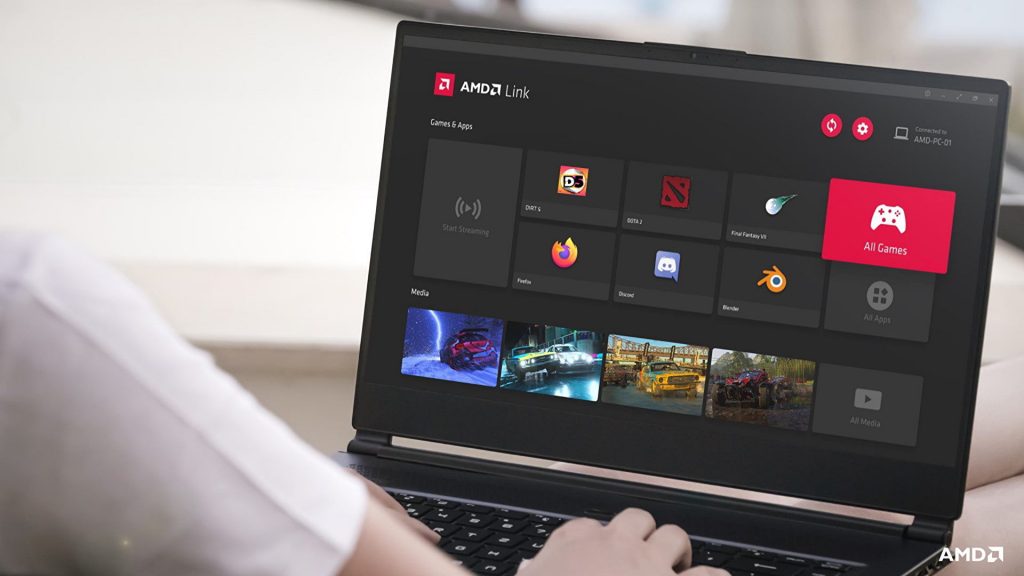 AMD’s free mobile-based streaming platform, AMD Link, is now available on PC as part of the latest update to their Radeon Adrenalin software (version 21.4.1). The app previously allowed AMD Radeon-based PCs to stream games to Android and iOS devices over their home Wi-Fi networks, but now AMD graphics card owners will be able to stream their games to other Windows 10 machines as well. That’s not all, either. A new feature called ‘Link Game’ will also let users invite other AMD Radeon mates to connect to their PC remotely so they can play local or split-screen multiplayer games together from afar.

The process of setting Link Game in motion does sound a bit fiddly, in truth. As mentioned above, the person you want to invite into your game will also need a Radeon graphics card inside their PC (sorry Nvidia peeps), and the host will need to send them a code in order for them to connect. It’s a bit of a faff, but if you’ve missed playing local co-op games or splitscreen multiplayer games with your mates this past year, at least AMD owners now have an option to do so while remaining socially distanced.

When you’re not trying to play co-op games with other Radeon pals, AMD have also introduced a new smart TV app to let you stream games from your PC to your living room – a much more comfortable and practical option than streaming them to your phone, in my opinion. Again, it’s not quite as seamless as it could be perhaps – it’s only available on select Android TVs (that’s mostly Philips, Sony, Toshiba and Sharp TVs in the UK) and Apple TV devices right now – but the AMD Link for Smart TV app supports desktop and game streaming as well as a preview gallery for screenshots and video capture.

Elsewhere in the 21.4.1 update, AMD Link now supports frame rates up to 144fps and 5.1 surround sound audio, as well as higher bandwidth streaming options. There have also been improvements to help lower streaming latency, with latency in CS:GO reduced by up to 60% according to their test figures.

AMD’s Adrenalin Software 21.4.1 update isn’t all about AMD Link, though. On top of a new streamlined interface (including the option to have a smaller footprint, driver-only installation), AMD have added some very welcome improvements to their performance metrics settings. Chief among them is the ability to monitor your Ryzen processor as well as your Radeon graphics card. AMD Ryzen owners will now be able to view CPU utilization, clock speed, temperature, voltage, power consumption and fan speed all in one location together with their graphics card metrics, which is a definite turn up for the books for those who like to keep tabs on their PC’s in-game performance.

Finally, AMD’s new Colour Deficiency Correction feature will be good news for colour-blind gamers as well, as this now lets users adjust the appearance of their games to make them more accessible. The three major types of colour-blindness are catered for here – protanopia, deuteranopia and tritanopia – and AMD say enabling it shouldn’t impact your PC’s overall gaming performance, either.

Adrenalin 21.4.1 is available to download now from AMD’s website, or by updating your existing version of the software.