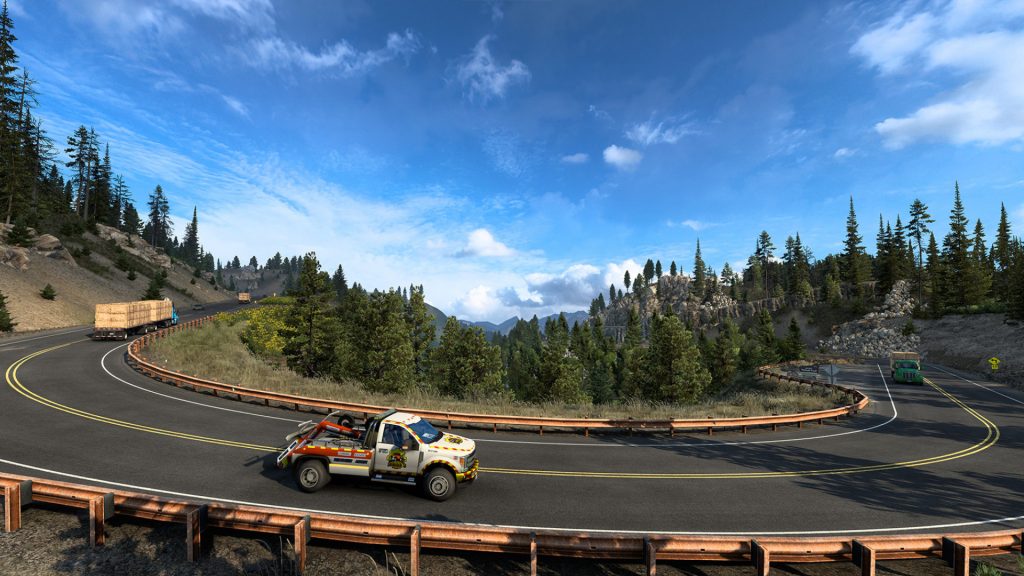 American Truck Simulator‘s years-long journey from west to east is continuing, and while the devs recently announced big plans for another California overhaul and even bigger plans for Texas DLC, Wyoming is still on the way, too. Developer SCS Software has provided a new update on the expansion’s development, and it’s looking gorgeous.

Among the locations highlighted here, there’s the Bridger-Teton National Forest “best known for the four W’s – Wildlife, Waterfalls, Wilderness, and Wild and Scenic Rivers. Located in the west of Wyoming, it is the largest intact ecosystem in the lower 48 United States and a must-visit location for any traveler.”

There’s not yet a confirmed release window for this DLC, but the devs say they will be “sharing more development news about Wyoming in the future, and the beautiful landscapes and new road networks that will arrive with it.” (Expect it sooner than that absolutely massive Texas DLC, at the very least.)

Whenever the DLC arrives, it’s already looking mighty pretty. You can check out more screens in the full blog post.

For more truck games, you can follow that link.