Among Us launches its huge new airship map 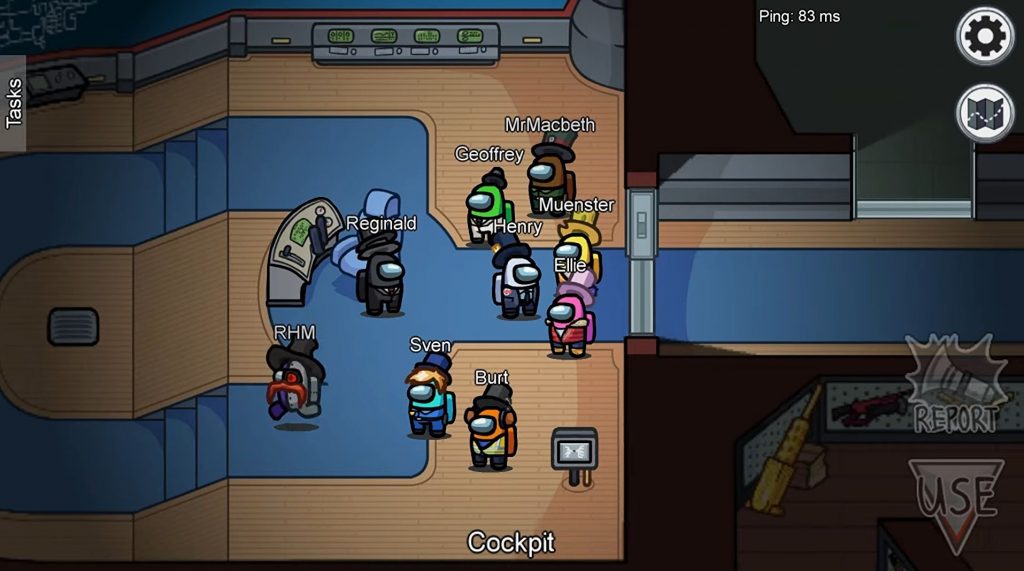 Imposter simulator Among Us has just pressed the big launch button on its new airship map. The new playground for sneaky assassinations has its own new chores to complete and shortcuts to memorize. Along with the new map, the big update also brings the account system Innersloth have been working on which allows reporting other users for their bad behavior. Worse behavior than crew murder, that is. They’ve given a rundown on both today with the map’s launch.


If you’re just here for the new map news, take a gander at it right here in the launch trailer. There’s trash to take out, jewels to polish, moving platforms, and new vents to exploit too. The airship also adds the ability to choose which room you’ll spawn in rather than all spilling out of the meeting room together. Now you’ll be able to elect to start in the engine room, main hall, or records room.


As for the account system, Innersloth say that it’s largely focused on moderation and the ability to report players right now. You’ll be able to report wronguns for things such as their name choice or behavior in chat or cheating. In the future, they want to add a friend system and allow you to transfer your cosmetics between account devices.


It’s plenty easy to set up. You only need to press a button in the top left of the screen which links your Among Us account to the account of the store you’re playing on. “No linking of multiple accounts yet (Steam account is only on Steam, Epic account is only on Epic, etc.) It’ll be coming soon though,” Innersloth say.


You can elect to play as a guest, but Innersloth have restricted some options to users who have signed in. If you play as a guest you won’t be able to freely change your username and you’ll also be restricted to using the new quick chat system instead of typing freely. You can find the rest of the details on the account system in Innersloth’s post.


As for what’s next, Innersloth say they’ll be revamping Among Us’s art style. They’ve also got plans to increase lobby sizes to 15 players. “Considering The Airship’s size, we hope this will be a fun way to gather with even more of your friends,” they say.


You can pop in right now to take a ride on that new airship with your best or worst friends and crewmates.