Among Us Physical Edition Release Unveiled 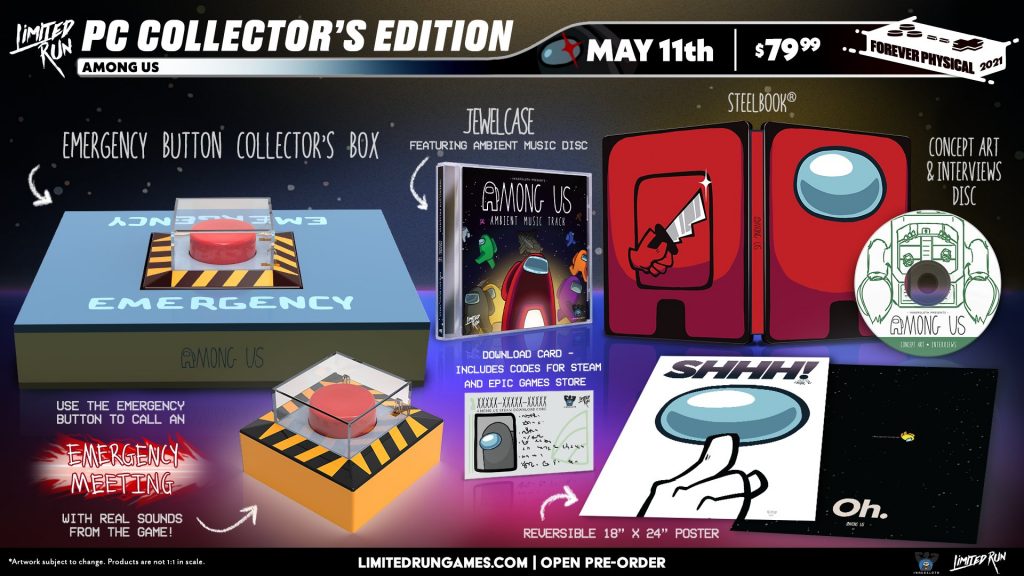 Among Us was around for a good while but it mainly kept under the radar after it was released. That changed when the summer of 2020 had so many of us stuck indoors being unable to socialize with friends together. This game is based online where players take control of a crew member onboard a space station. With a group of other players, the game starts with you having to do an assortment of tasks. However, among the group of members are impostors who are tasked with killing the crew. With that said, the impostors need to be careful not to get caught as the other players can call for emergency meetings or trigger a meeting when players discover a downed member.

From there, it’s a debate in the chatroom to decide who among them is the impostor. After the votes are cast, the selected player has kicked off the ship with hopes of the group guessing right and removing the impostor. As mentioned, this title blew up in popularity during 2020 and as a result, the development team is continuing support by offering new maps and content for players. However, this is an indie title that was only available digitally.

That’s going to change, but only briefly. If you’re familiar with Limited Run Games, this is a company that does exactly as the name suggests. The company will work with popular digital-only games to provide a limited physical edition release with plenty of games going out of stock shortly after being made available. From there, players have a full copy of the game along with some extra goodies to display or keep in the box for their collection.

Limited Run Games has unveiled that they will be releasing a run of Among Us starting on May 11, 2021, for those that want to pre-order. The collector’s edition comes with not only the game but a steel book case, a makeshift emergency call meeting button, a couple of posters, to even an ID card. This will put players back $80, but as popular as Among Us is at this point, it’s likely to quickly get purchased up by fans.