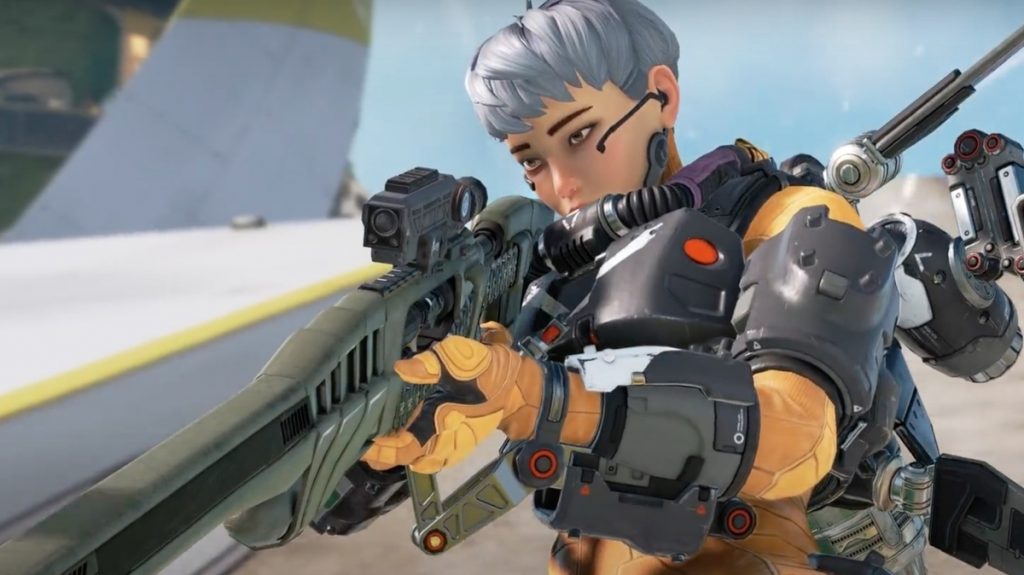 Ahead of Season 9’s launch next week.

Apex Legends’ ninth season, Legacy, is a bit of a big ‘un; alongside map changes to Olympus and a new 3v3 arenas mode, it introduces a brand-new hero in the form of “winged avenger” Valkyrie, who’s now been detailed more thoroughly ahead of Legacy’s launch on 4th May.

As revealed in developer Respawn’s recent Stories from the Outlands video, Kairi “Valkyrie” Imahara is the daughter of Titanfall 2 antagonist Viper. By the time we meet her in Apex Legends, Valkyrie has fashioned herself a fancy jetpack using the flight core from her father’s Titan, Northstar, to honour his memory – and it’s this that informs most of her unique abilities.

Valkyrie’s passive ability, for instance, comes in the form of VTOL Jets, which give her the power of flight for as long as the fuel tank holds out (although, luckily, it’ll refill over time). That’s accompanied by Valkyrie’s Missile Swarm tactical ability, which can target a specific area and fire off a barrage of mini-rockets capable of damaging and disorientating opponents.

Finally, there’s her Skyward Dive ultimate ability, which can be used to propel Valkyrie high into the air. Notably, when the ability is triggered, allies can hook into Valkyrie’s take-offs systems and whisk up with her, allowing them to make a quick escape or redeploy “to get a drop on their enemies”. Check out the trailer above to see Valkyrie’s airborne antics in action.

Players will be able to put all that through its paces when Apex Legends: Legacy comes to Xbox, PlayStation, Switch, and PC next Tuesday, 4th May. A separate mobile version of Apex Legends is also in the works and currently undergoing testing.