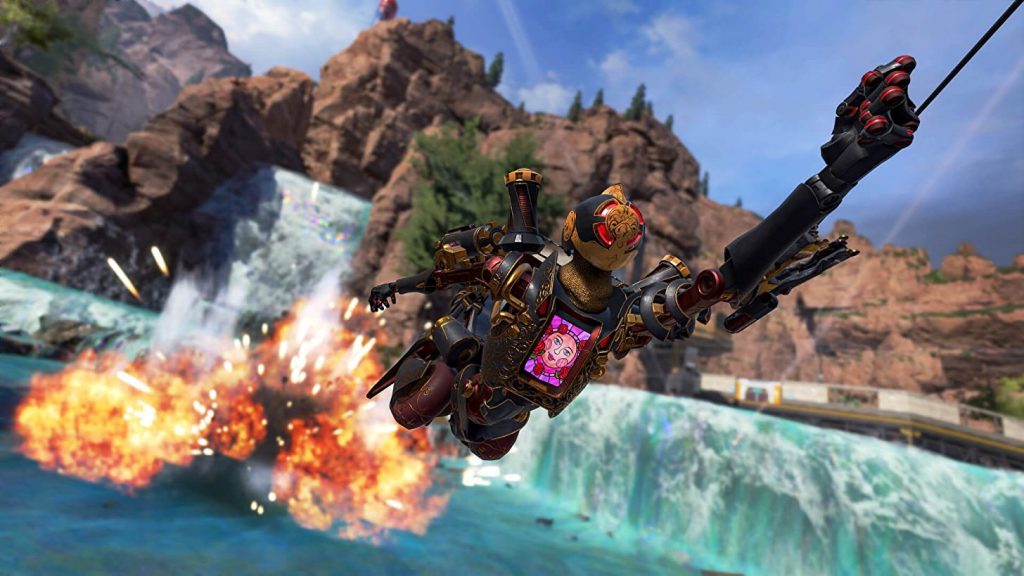 Over the last year or so, Respawn have been trying out loads of new game modes during Apex Legends‘ various events. It’s been fun to see how even minor tweaks can really change the way you play the battle royale, and starting today there’ll be five more modes to try out. The new War Games event kicks off this evening, promising a new mode every three to four days between now and April 27th. It all begins tonight with the Second Chance mode, in which each player will get to instantly respawn once per match.


Each new mode will takeover the normal battle royale for the few days they’re active, so in a couple of hours that mode will be Second Chance. It gives you a Respawn Token, so if you get murdered in a match, you’ll be able to use this to completely revive yourself with all your guns and loot (rather than a pal having to get you up at a Respawn Beacon), though you will have to skydive back into the action as usual. I’m not looking forward to killing someone and getting surprised by them diving on me moments later, though I am looking forward to doing that exact thing myself.


Next up will be Ultra Zones from April 15th. This mode will make multiple Hot Zones (the places with the best loot) spawn in a match. And better yet, those Zones will also be Flashpoints. You might remember them from the old Season 6 Aftermarket event, but if not, they’re basically giant bubbles that regen your health and shields when you stand inside them. If I remember rightly, they did make skirmishes a little more drawn out that they should’ve been, though they’re still an interesting concept, and it’s nice to see them used again.


Then from April 19th, Auto Banners will be active. This one isn’t a huge change, but it is a pretty helpful one. During this mode your squadmates’ Banner Cards will be retrieved automatically if they die, so you can respawn them without having to hunt for their deathbox.


Killing Time will follow on April 23rd, and it’ll make the ring close in a little bit faster every time a player dies. Without a doubt, this mode sounds the most stressful.


Last but not least, the Armor Regen mode will take over between April 23rd until the end of the event. Another fairly simple one: your armour will slowly regenerate over time if you take any damage. The interesting part of this one, however, is that shield cells won’t be in the loot pool, so you’ll need to sit behind a rock or something and wait if your shields get demolished.


As with all these Apex events, a rewards tracker will let you earn some free cosmetics by completing event challenges. Some skins for the Legends will be available in the in-game store as well, though most of them are recolours from previous events, so nothing too exciting this time around.

If you haven’t played the game in a while and fancy jumping back in for a match or two, check out our Apex Legends guide for some helpful tips and tricks.