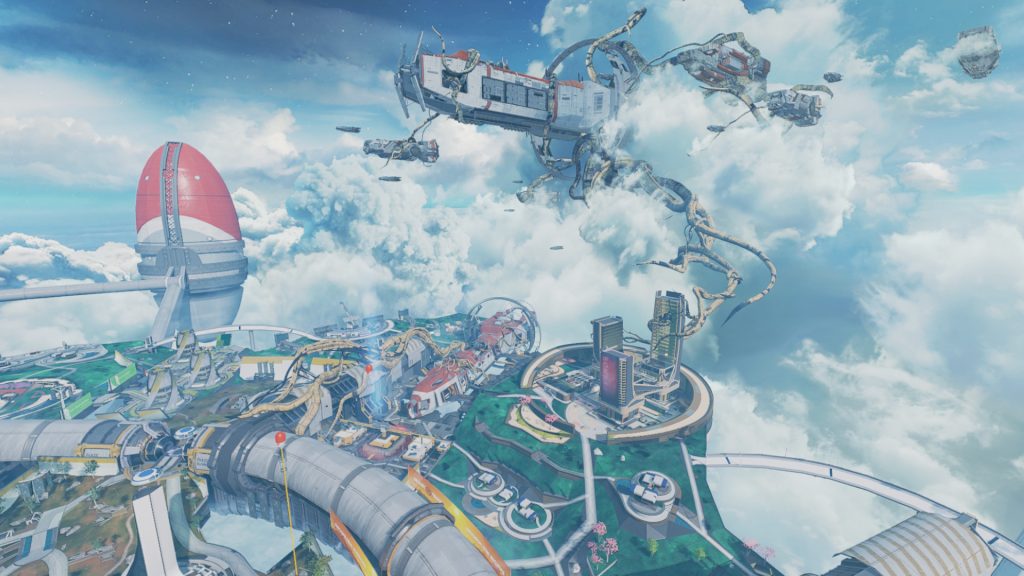 One of the big changes for Apex Legends‘ new season, Legacy, is a map update for Olympus – now that I’ve actually spelled it out in the headline, though, it doesn’t actually sound that big, does it? Maybe that’s for the best, as developer Respawn works to slowly see how these Olympus improvements affect players, and they might inform some broader changes across the game to address third-partying.

The big addition to Olympus is a new POI: the Icarus. It’s a ship that’s now docked with Olympus, between Bonsai Plaza, Solar Array, and Orbital Cannon. It – and the giant, parasitic plant that it’s introduced to the map – breaks up the sight lines to help keep the map from being so sniper-dominated, and the ship’s interiors provide opportunities for more close-quarters battles.

The redeploy balloons outside of Golden Gardens and Orbital Cannon are getting removed, too, in an effort to push back on third-partying. You can get the full details on the design reasoning behind those removals on the official blog, but the short version is that Tridents were always intended to make Olympus’s redeploy balloons redundant, and the devs feel that they’ve proven successful enough to start removing those balloons entirely.

“Going forward, expect us to take a look at other areas of Olympus (and other maps) to address how redeploy balloons contribute to third-partying.”

For more on the other changes this season, like Apex Legends Arenas, the the Bocek bow, and the new legend, you can follow those links. And for further battle royale games, you know where to click.