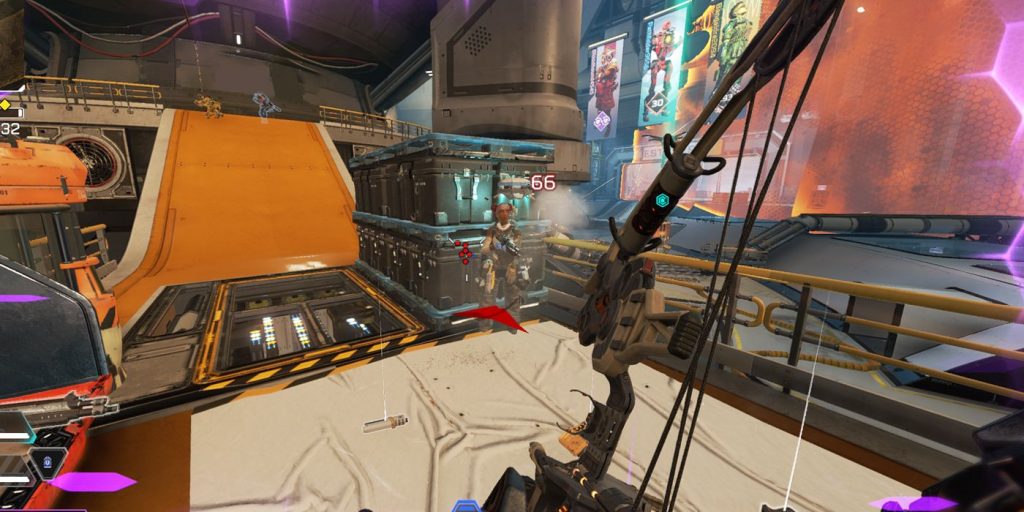 The new Shatter Caps Hop-Up is added to Apex Legends with the Season 9 Legacy update which turns the Bocek Bow and 30-30 Repeater into shotguns.

Season 9 and the Legacy update have introduced two new weapon Hop-Ups to Apex Legends, one of which is Shatter Caps for the new Bocek Bow and last season’s 30-30 Repeater. Equipping either of these Apex Legends weapons with the Hop-Up allows players to toggle between normal fire and shotgun-style pellet spread shots for close range engagements.

These two new Hop-Ups are small additions to Apex Legends compared to the rest of what came with the Legacy update and the new season. Players can take to the skies with new Legend Valkyrie and fight in tense 3v3 battles in the new permanent Arenas mode.

Like older Hop-Ups, such as Select Fire and Precision Choke, Shatter Caps can be toggled on or off so Apex Legends players using the Bow or Repeater can always set it up appropriately for each situation. Switching Shatter Caps on changes the hip-fire reticles to reflect the pellet spread pattern, and the Bow’s draw indicator will be orange instead of blue. Other than those visual changes, Shatter Caps does not change either of these weapons in any way except for the shots they fire – rates of fire, ammo consumption, and magazine size are unaffected.

However, both weapons have mechanics that mean their damage per shot can vary depending on when the weapon is fired, and these mechanics also apply to Shatter Caps shots. A regular body shot with the 30-30 Repeater will deal 42 damage, but this can increase up to 56 with a Shatter Caps shot, provided enemy players are hit with all seven pellets. Fully charging the Repeater’s next Shatter Caps shot by aiming increases the damage to 77, up from 57 damage with a regular fully charged shot.

Similarly, arrows from the Bocek Bow deal significantly less damage if they are fired when they Bow is not fully drawn. Tap-firing a normal arrow compared to a Shatter Caps arrow provided only three extra damage from 25 to 28, which means fully drawing the bow, even at close range is imperative to dealing more damage. Fully drawn arrows deal 70 damage to the body, but Shatter Caps arrows will deal 77.

Shatter Caps adds some useful close-range versatility to these longer-range weapons, so any Apex Legends players that want to lean into the benefits of the Hop-Up should use the low-zoom optics available for the Marksman weapons, such as the 1x HCOG, 2X HCOG and 1X-2X Variable Zoom sights. The Bocek Bow’s short-range performance with Shatter Caps can be improved slightly when paired with the Deadeye’s Tempo Hop-Up which increases the Bow’s draw speed making it quicker to fire.

However, Apex Legends players should definitely not rely on Shatter Caps as their close-range weapon of choice. Due to the pellet spread nature of Shatter Caps shots, damage varies massively across different ranges as pellets deal less damage and fewer will hit enemy players from further away. For this reason, Shatter Caps should only be toggled on for extremely close-range battles and an SMG or Shotgun, such as the reintroduced Peacekeeper will always be more consistent and lethal at close-range.

Players should try dealing poke damage with the normal modes to weaken enemies and then rush in with squadmates while switching to Shatter Caps and a dedicated close-range weapon. If a player is not quite able to knock down their opponent with their close-range weapon, a quick switch to a Shatter Caps Repeater or Bow instead of reloading will likely be enough to finish them off.

For both the Repeater and the Bow, headshots with normal bullets will always deal the most damage. Accurate and patient players are rewarded with rapid kills as only a few shots are needed to take down even the most heavily-armored of players. Shatter Caps is always a nice bonus option to switch to in emergency situations, so players should never turn it down if they find one for their Bow or Repeater, but it is always better to play to the medium-to-long-range strengths of these weapons.

Apex Legends is available now on Nintendo Switch, PC, PS4, and Xbox One.

MORE: Everything You Need to Know Ahead of Apex Legends’ Season 9 Launch