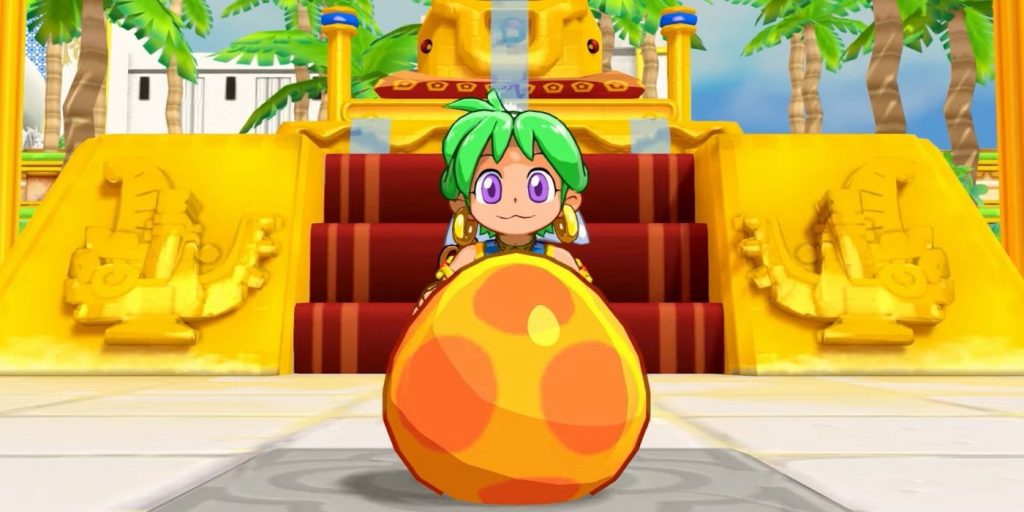 A new trailer has dropped for Wonder Boy: Asha in Monster World, a remake of the cult classic set to return in Q2 2021 for PC, PS4, and Switch. Leading up to the launch, ININ Games has been sharing details about the title, and this most recent piece of information has to do with the voice acting.

Just a few weeks ago a new gameplay trailer dropped for Wonder Boy: Asha in Monster World which showcased levels, puzzles, and aspects of the game not yet seen. This newest trailer goes an entirely different route, as it announces the voice acting behind this remake of 1994’s Monster World 4.

The new Wonder Boy: Asha in Monster World trailer reveals the up-and-coming Fairouz Ai will play as protagonist Asha, Praprill XIII, Pepelogoo, and others. Anime fans may know Ai from How Heavy Are the Dumbbells You Lift? and Kandagawa Jet Girls. She will also be in the upcoming JoJo’s Bizarre Adventure: Stone Ocean. On the video game front, Ai has voiced Phina from Nintendo’s ongoing Fire Emblem Heroes on mobile, the female Hoyoung on Maple Story, and more.

Shinichi Sakamoto was in charge of both the music and sound design of the original Monster World 4 in 1994, and they are back for Wonder Boy: Asha in Monster World. However, with the game being updated for current-generation consoles, the game is now utilizing voice acting. Using the talents of Ai seems like an excellent decision.

Ever since Jonathan first laid his eyes on level 1-1 in Super Mario Bros., he has been hooked on all things video games. A self-proclaimed Nintendo nerd, Jonathan has owned every single Nintendo console (save the Virtual Boy) but also became a big fan of Xbox and PlayStation once the 2000s rolled around. Through news, features, reviews, and previews at Game Rant, Jonathan believes it is just as important to be critical in journalism as it is to be thrilled about the joy that top-notch game design can provide.