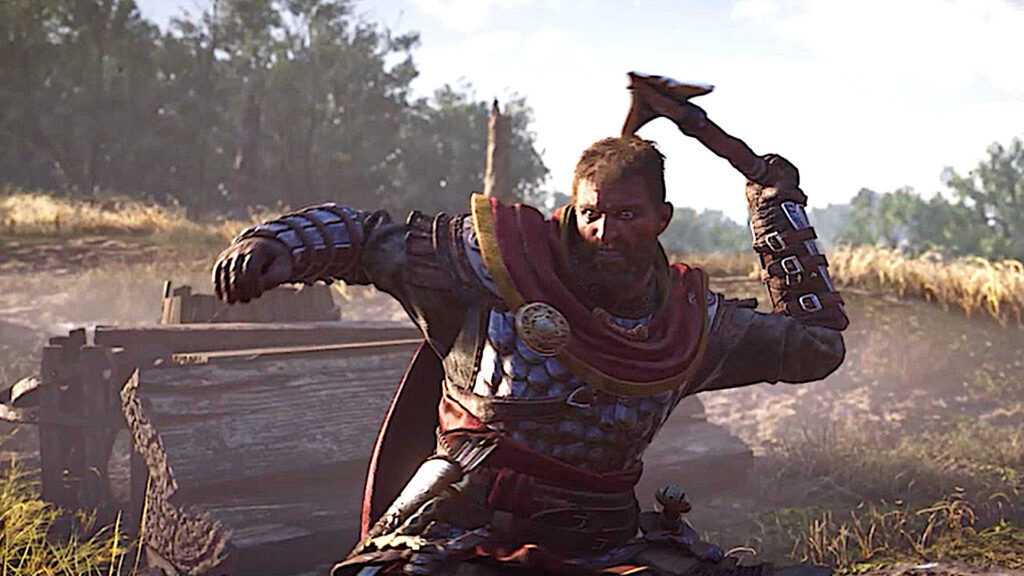 Eivor gets a lot of abilities in Assassin’s Creed Valhalla, but there are none as cool as missile reversal, which lets you snatch arrows (and other projectiles) out of the air to fire them back at your enemies. The devs at Ubisoft are lifting the curtain on the making of the game in a dev blog series, and today that means a breakdown of how missile reversal got made.

There are a lot of very entertaining clips of enemies ragdolling, but the blog also provides a cool insight into how a small feature like this gets implemented. Basically, the game keeps track of whether Eivor has been shot at, whether the projectile is aimed at Eivor, and how close it is to impact.

Every time you press the parry button, the game checks to see if there’s a projectile in an appropriate position. If there is, the incoming projectile is destroyed, a new projectile is spawned in Eivor’s hand, and then it’s fired at the enemy who shot in the first place.

There’s a lot more to it than that, of course, but you can get the full details in the blog. Besides all the ragdoll bits, one of the more entertaining details is an early bug where Eivor would throw not a projectile, but the enemy himself back at an attacker.

Assassin’s Creed Infinity is the next major step for the series of open-world games, and even without much detail it’s already proving a controversial direction for longtime fans.