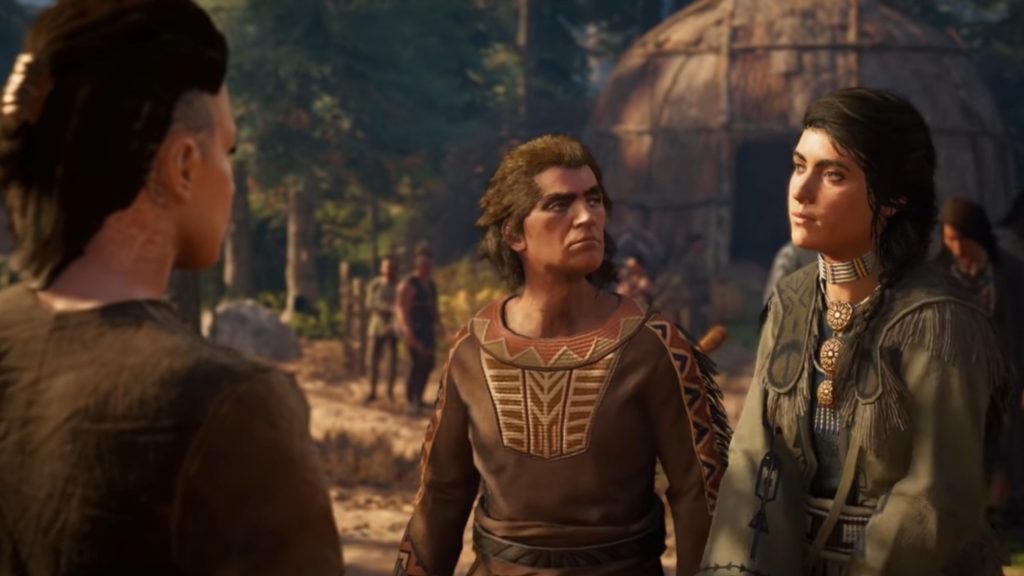 One of the places Eivor travels in Assassin’s Creed Valhalla is Vinland, in what is now upstate New York. It’s a land inhabited by the Kanien’kehá:ka, often referred to as the Mohawk people. In the Viking game, their speech is left untranslated to make the language barrier between the Native Americans and the strange visitor from Norway real to players. Now, an Assassin’s Creed fan site has enlisted the help of a Mohawk language and cultural center in Canada to provide translations for that segment of the game.

As spotted by Eurogamer, fan site Access The Animus initially used some viewer submissions to translate isolated words and phrases in the Vinland Arc in Assassin’s Creed Valhalla, but the site’s creators quickly realised that they needed more expert assistance. They turned to the Kanien’kehá:ka Onkwawén:na Raotitióhkwa Language and Cultural Center near Montreal, Quebec, for help with the translation.

You can watch the full video below, which begins with Eivor’s first encounter with the Native Americans. Greeted by the storyteller Konwahawihshon and healer Karonhiaktatie, Eivor is regarded with some suspicion – but after Eivor succeeds in their mission in Vinland, they join the Mohawk for a night of storytelling around the village fire.

It’s a retelling of the Iroquois creation story, and as Access The Animus notes, it’s a tale that is also told through the cave painting collectibles found in Assassin’s Creed Rogue. The video provides some additional information about the story and its appearances in the Assassin’s Creed games, and makes for a fascinating watch.

Eivor’s latest adventure takes them to Ireland, which you can read all about in our Wrath of the Druids DLC review. It’s one of the better add-ons in the series, and even Reddit has had a hard time getting crabby about it.