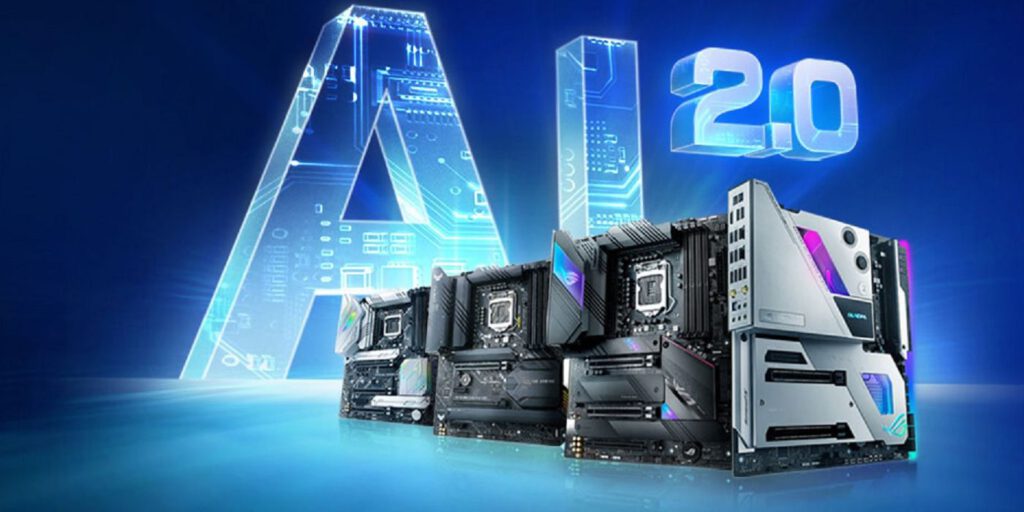 ASUS reveals a new line of motherboards that boast to be developed specifically with compatibility with Intel’s 11th Gen CPU in mind.

ASUS has announced a brand new piece of hardware for PC rig builders to get the most out of the Next-Gen tech coming to the larger market throughout 2021. With a focus on speed, and compatibility with Intel’s 11th Gen CPU, the hardware developer is coming into the new generation of computer hardware swinging with the upcoming Z590 Series motherboards.

Initially showcased at CES in January, this new series of motherboards comes alongside a new Z590 desktop platform that is also being launched by ASUS this year. Though the exact release dates and price for the Z590 Series motherboards still haven’t been released, ASUS is planning on rolling them out at an unspecified time later in February.

RELATED: Asus and Ikea Teaming Up For Gaming Furniture Line

In addition to being built to integrate with the Intel 11th Gen CPU, the Z590 Series motherboards also come with a number of different hardware features unique to the line of devices. These features include AI overclocking and cooling, as well as two-way noise cancellation built directly into the motherboards for increased performance and ease of use. This means that with the click of a button, a user can set the Z590 series to maximize the performance of their systems with the unit itself maintaining the push and pull between processing power and heat regulation.

The AI cooling even works in tandem with the two-way noise cancellation to keep the Z590 Series motherboards running smooth and quiet with little need for tweaking and constant monitoring from the user. This is achieved by using a rig’s cooling systems, either fan, liquid, or both, and balancing the overall performance to keep from both dangerously overheating, as well as blaring constant noises. Best of all, each of these features comes standard with the majority of the motherboards within the product series, so shopping by price doesn’t necessarily count out the AI cooling or two-way noise canceling.

Altogether, the features available in the Z590 Series motherboards are interesting, and could make any build that utilizes the ASUS developed AMD graphics cards stand out in 2021. Of course, as is the case with any high-end rig, price is going to eventually have to come into play when ASUS finally announces the prices of this new product line and builders are able to start comparing the features to their cost. However, the company has been able to make some affordable options in the past for players looking to get the best bang for a smaller buck, so there could be something for every type of customer among the series.

Jared Carvalho is a writer and avid lover of gaming, TV, and movies. When not hammering at his keyboard, you can often find Jared in the movie theater or attached to his dualshock 4. He devours all types of media and is eager to talk the ear off of anyone who might listen about anything from the psychological impact of Abuelita’s treatment of Miguel in Coco, to how awesome it feels to blast a psychos head off in Borderlands 3. There are very few limits to what will pull his interest and he’s always hungry to learn more about every possible fandom out there. Check him out on twitter at @JerrySchulzy