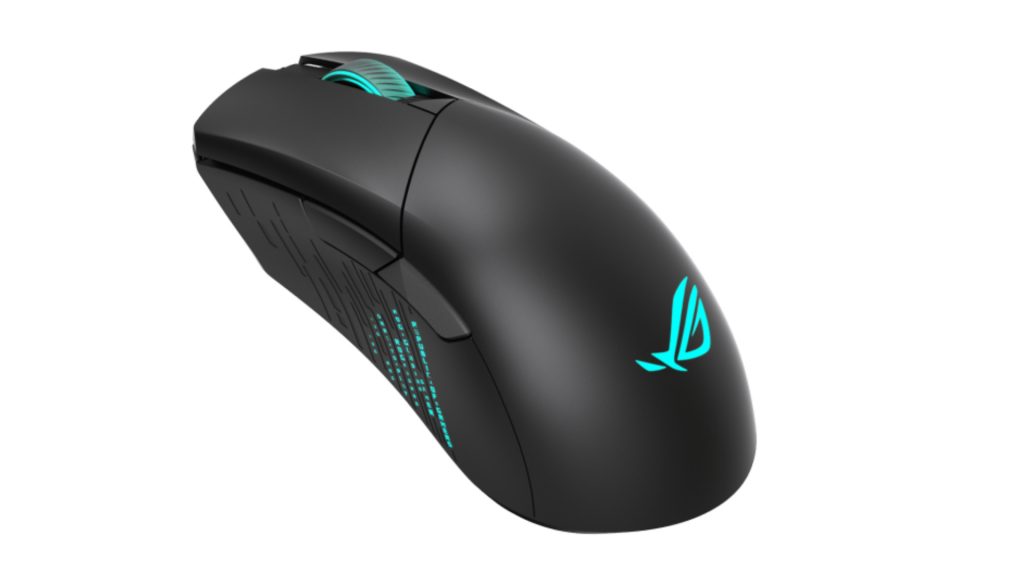 Asus has marketed the Gladius as a gaming mouse for MOBAs and FPS games since its first outing, but it’s often struggled to stay competitive in one key area: weight. Lightweight clickers are indisputably superior when it comes to accuracy – it’s basic physics – so while Asus does well to shave a whopping 41 grams off the weight for the Gladius III, 89g is still on the heavy side for competitive gaming.

And weight really matters in 2021. Finalmouse’s latest offering only weighs 46g and sold out in just ten seconds, at a retail price of $189.99 no less. So while it’s hard to argue that everyone needs something like that in their arsenal, it shows just how far the lightweight arms race has escalated over the past few years.

The Gladius III’s weight wouldn’t necessarily be an issue if it felt like it was distributed evenly, but it carries most of its weight toward its rear. That’s not something you typically notice on a low-profile mouse, but the Gladius III has an almighty hump in the middle, which emphasises the imbalance. If, like me, you have large hands, then you might find your fingertips hang over the edge of the left and right mouse buttons when using a palm grip, which is obviously sub-optimal when playing a competitive shooter. As far as I can tell, this is because the large hump and uneven weight distribution force the Gladius III further back in your hand than most mice.

Claw and fingertip grip users won’t have as much difficulty, but as most of the weight is in the rear of the mouse I find that the back often kicks out when quickly flicking left or right.

Another shape concern comes from the height of the left and right mouse buttons – the all-important LMB rests at 29mm high, which is nearly a full centimetre taller than Razer’s Viper Ultimate, and 4mm taller than the similarly shaped DeathAdder V2. The further my fingertip is from the mouse pad, the less accurate and reactive I feel I am, and 1cm feels like the difference between driving an SUV and a sports car.

A lot of the problems I’m encountering with the shape won’t affect you if you have medium or small hands, and I should point out that even with large hands this is an incredibly ergonomic gaming mouse (provided you’re right-handed). If comfort ranks highly on your gaming mouse wishlist, then the Gladius III is a dream to hold in your hands, and in less competitive games you won’t notice the uneven weight distribution.

Why not pair the Asus Gladius III Wireless with the best mouse pad?

If weight isn’t a major factor for you, then the Gladius III has plenty of other benefits. For starters, the build quality is great. There’s a slight rattle around the scroll wheel when flicking, but it’s the only area where the Gladius III doesn’t feel sturdy and robust. The scroll wheel is among the best I’ve tested, with just enough tension between each notch to ensure that you don’t accidentally get stuck switching between weapons in a game like Apex Legends – it’s not too stiff either, so there’s no risk of overshooting. Best of all, the middle mouse button has plenty of resistance, but almost no travel on it – it’s crisp and sharp.

The new ROG Micro switches feel superb, too, with very low latency. And while the switches are rated for 70m clicks, you can – as with previous Gladius mice – swap them out for other switches should they start to falter. Asus’s Push-Fit sockets make the whole process ludicrously simple, so if customisability and longevity are crucial to you then the Gladius III excels in these areas. 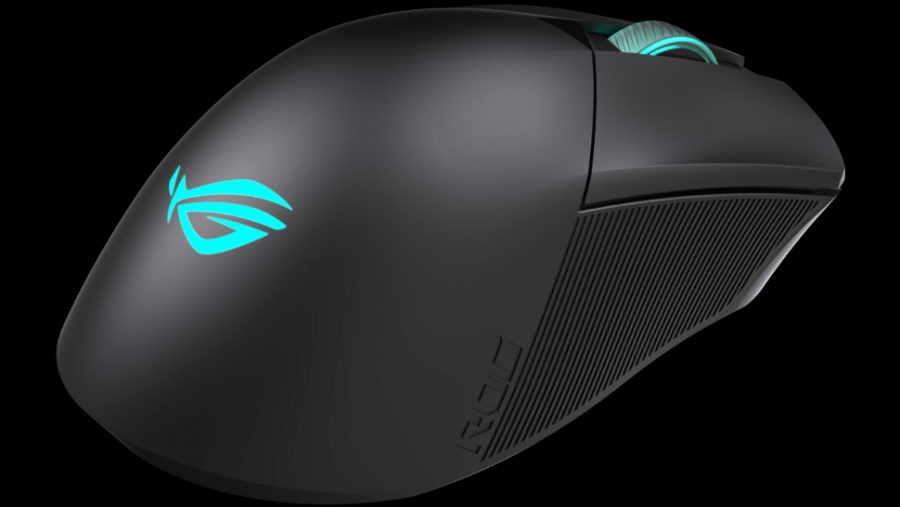 Asus has improved the mouse feet, with four hefty pads of PTFE ensuring smooth movement on pretty much any surface. However, the mouse’s coating is a little too smooth for my liking, not only highlighting greasy finger marks, but also slipping around in your hand. The same coating is used on the sides of the mouse, but textured grooves add just enough grip to stop the Gladius III sliding out of your grip during intense firefights – I would prefer stippled rubber paneling on the sides. The 26,000dpi optical sensor feels accurate and responsive, and tracks without any hitches.

Finally, there’s the battery life and wireless performance. The Gladius III performs well in both areas. Using it for both everyday work and extended evening gaming sessions, I could go a few days before needing to recharge the battery, and the charge rate is sufficiently fast that it never became a burden. The 2.4GHz connection is absolutely fast enough for competitive gaming, and you can use the soft, braided USB cable if you wish. You get a lot more out of the battery by switching to the Bluetooth connection, which I would recommend while working, and by tuning the RGB brightness and idle timer with ROG’s excellent Armoury Crate software.

Speaking of RGB, I should point out that the lighting you see in some of the official assets isn’t quite how it looks in person. The laser-engraved “cyber-text” motif on the left panel of the mouse looks awesome in press shots, but unless the RGB is set to its maximum brightness the light looks like a distant, dim bulb. It’s a very minor gripe, but if you like RGB then this is a little bit of a disappointment.

Of course, for FPS players, the only thing that really matters is in-game performance, and I have to say I didn’t get along with the Gladius III in Rainbow Six Siege or Apex Legends, even after a couple of weeks of usage. Your mileage may very well vary, as the shape didn’t compliment my grip style and hand size, but these kinds of incompatibilities mean the Gladius III is far from the best gaming mouse, or even the best wireless gaming mouse. Additional issues like the slippery finish and weight are the straw that breaks the camel’s back, too, making this very tough to recommend, especially at an MSRP of $109.99 / £99.99.