Home » At last, a longer look at desert adventure Sable

At last, a longer look at desert adventure Sable 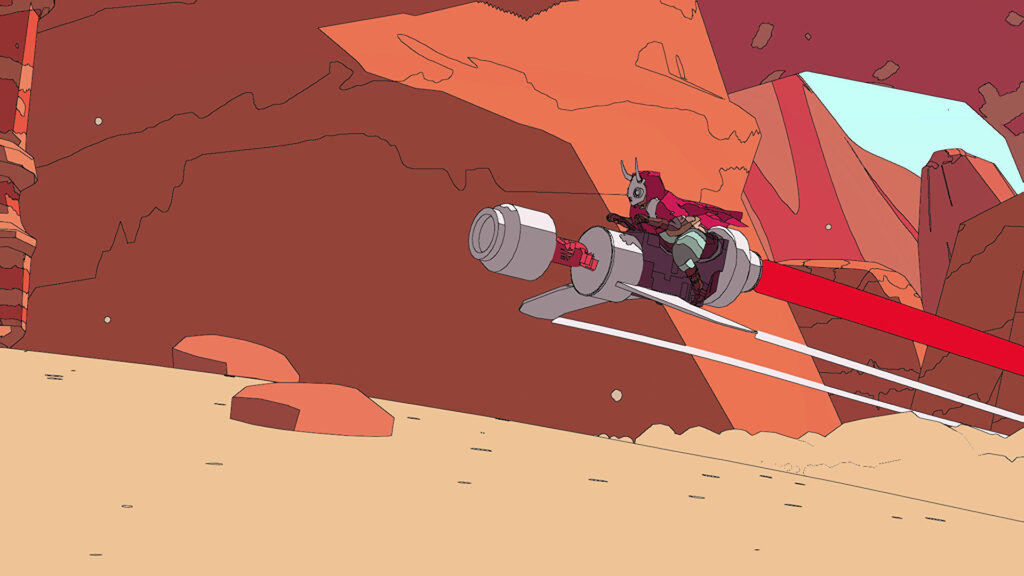 Sable is one of those beautiful-looking indie games that brings out the worst in me. “I want it now,” I whine when the first, enticing trailer crops up, knowing perfectly well that’s not how these things work. Sable has now gone and revealed a longer look at the first 13 minutes of the game, a good bit more than we’d seen previously. I still want it now, in all its Moebius-inspired loveliness. The new video shows off a fair bit of chatting, a bit of hoverbike riding, and how Sable first learns to magically glide.


Main character Sable’s adventure begins, as so many adventures seem to, by chatting with the folks she’s grown up with before she heads out into the world on her rite of passage called the Gliding. She’s first given a gliding stone that she’ll need to activate at a nearby temple and a borrowed sand bike to get there on. Although Sable’s starter bike isn’t yet the same sleek, winged thing up top, the rest of the desert and its scenery (and music) are just as lovely as ever.


You can spot Sable’s stamina meter here, which she uses to sprint and climb. It appears to be pretty forgiving of exploring all those vertical mesa spaces by not having fall damage, from what I can see. All the better for crawling up as high as I can manage.


From what we knew of Sable so far, you’ll be riding, gliding, and climbing all over the desert solving puzzles and helping out other nomads you meet. The comparisons to other lovely desert game Journey and puzzle-y adventure Breath Of The Wild are just as easy to make as before—both perfectly decent things to be compared to.


There’s no puzzling to be seen yet in this video, unfortuantely. You do get to see Sable making her first quick attempt at gliding in a magical red sphere. Presumably she’ll be using that quite a lot more as she explores.


Sable has been delayed a couple times, first expected in 2019, then in 2020. Last we heard, it’s now expected to release some time this year. The new video doesn’t let on a specific release date, but the long look sure seems promising. You can find and wishlist it over on Steam in the meantime.