Babylon’s Fall reuses some FFXIV armour assets, and Naoki Yoshida’s cool with it 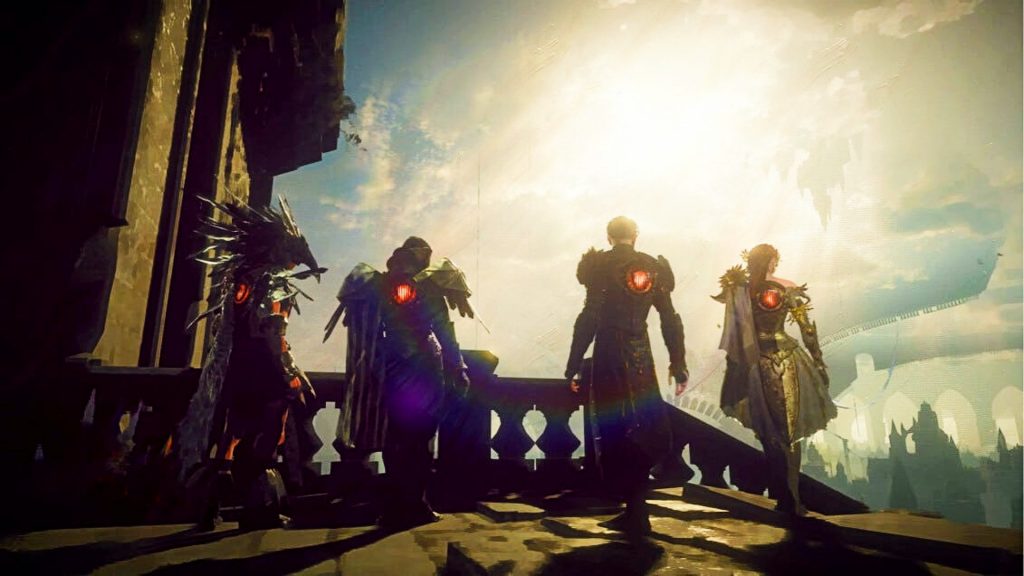 Babylon’s Fall got its third closed beta test recently, and a slew of fans pointed out that a selection of armour looked very similar to some of the duds you can get in Final Fantasy XIV. In response, Babylon’s Fall producer Yosuke Saito has now confirmed that some of the hack-and-slash game’s amour and emotes are based on Final Fantasy XIV’s, though this came about following a suggestion from FFXIV director Naoki Yoshida himself.

Saito explains in a blog post on Babylon’s Fall’s website that Yoshida was in attendance during a presentation of the game at a company meeting, and offered his help once he saw the scale of the project.

“By borrowing data, we’ve been able to implement a much wider variety of gear and emotes in the game than we’d originally planned,” Saito says. “Just to be clear though, the visuals of most of the gear that players aim to obtain in-game are unique to Babylon’s Fall. The data borrowed from Final Fantasy XIV was used for gear from the introduction to mid-level range of the game, which is why they were so prevalent in the closed beta test.”

Yoshida’s comment on the subject – also included in the dev post – is very much in tune with Saito’s, though he doesn’t pass up the opportunity to remind you that critically acclaimed MMORPG Final Fantasy XIV has a free trial, which has become a popular meme if you’ve been out of the loop.

“I myself am a huge fan of online games, a gamer, and a developer,” Yoshida says. “That’s why I couldn’t be happier if Babylon’s Fall succeeds and reinvigorates Japanese online games while boosting the number of players in the genre. So, I said, ‘Let’s use FFXIV’s assets, too. We have so many, it’d be a shame to limit them to FFXIV alone,’ and that’s how it all started. Back then, I didn’t realise that it would become such a hot topic.

“Of course, the subtle design changes and adjustments during their implementation into Babylon’s Fall will be fully supervised by the FFXIV team to ensure that they fit into its world. So please rest assured and look forward to playing Babylon’s Fall! That’d be a great delight for us as well. Oh, and for those of you who haven’t played FFXIV yet, please take this opportunity to try it out. We do have a free trial available. . .” Tremendous.

We’ve played the Babylon’s Fall beta ourselves – FFXIV armour and all – and came away feeling a tad cold. The upcoming PC game looks better than it did at E3, though it’s not quite there yet.

Final Fantasy XIV, meanwhile, has new content on the way. The FFXIV Endwalker release date falls next month, concluding a story ten years in the making. If you’re keen to see what the new FFXIV Reaper and Sage jobs are all about, there are guides for that, of course.