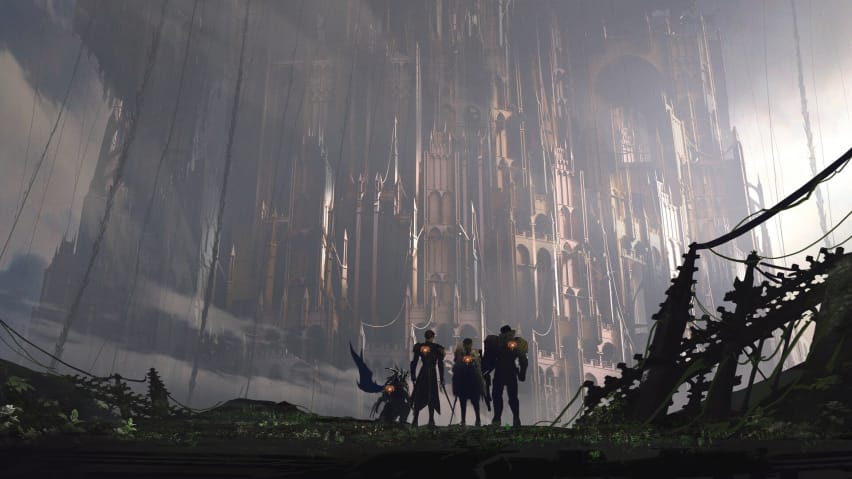 Babylon’s Fall is one of the next highly anticipated games coming from PlatinumGames, and in its recent beta test, some testers noticed that armor in the game looked very familiar. Their keen eyes were proved true, as Babylon’s Fall Producer Yosuke Saito confirmed in a blog post that the game reuses armor assets and even some emotes from Final Fantasy XIV.

Before anyone thinks the team working on Babylon’s Fall just took the assets from FFXIV, Saito explains that the idea to reuse those assets came from a collaboration with Naoki Yoshida, Director of FFXIV, who also includes a message in this blog post. The Babylon’s Fall and FFXIV teams collaborated to choose  which assets and emotes would be used in the game.

The idea was to allow for a wider variety of armor assets throughout the game. As Yoshida notes in his message, having a wide range of assets ready for a game is a huge task, and he thought that with the abundance created for FFXIV, they could borrow some of the work that’s already been done.

However, Saito stresses in the blog post that  “most of the gear that players aim to obtain in-game are unique to Babylon’s Fall.” Saito also notes that the reused data is for early levels of the game, so players shouldn’t be using them for long.

While reused assets are enough to create some sort of controversy for any game, this comes off the heels of widespread criticism among fans about the graphical design of the game (which the developers have been working to improve). YouTube may have removed the ability to see dislikes, but if you look at the comments of their E3 trailer back in June, many were unhappy with the look of the game.

Since, there’s been some sentiment of improvement, but it’s going to take some time to shake off an impression created on one of gaming’s biggest stages.