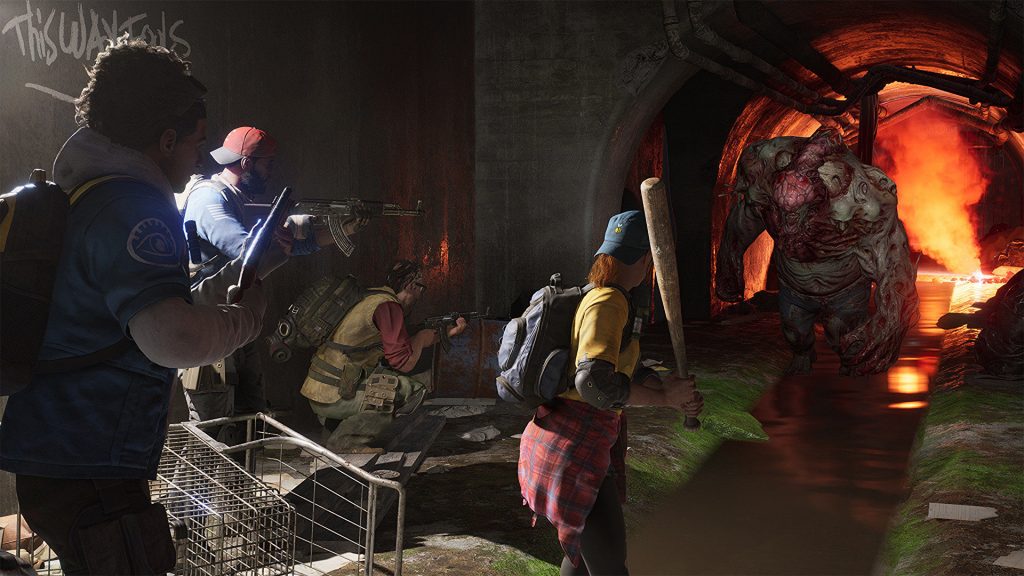 Though Left 4 Dead 2 still exists, and has a reasonably healthy if sodium-infused community, it’s still stuck in its 2009 ways. It’s exciting, but it lacks proper personalisation. Back 4 Blood, the spiritual successor from the original-ish developers of L4D, is fully embracing 2021 by letting players and the AI game director throw down some game-changing cards before each battle.


Aside from deviously planning when to toss monsters at you, the AI director (let’s call him ‘Stan’) will be able to mess things up before the level even starts. Stan will play a series of cards that modifies the level and enemies. He could draw a card that’ll plunge the level into darkness, or throw some fun monster variants into the mix, adding armour or fire to one of the boss monsters. After Stan’s done laughing evilly at this, the players then get the chance to do the same. The team serves up cards that tweak health and weapon sights, or boosts team-mates.


This looks like it differentiates from the Left 4 Deadness of it all. With the cards, you can create builds for yourself, focussing on support as a medic, or building a more reckless and Craig-like class.


Turtle Rock returning to the genre they helped make (Valve bought them to make Left 4 Dead, but the team left and reformed the studio) means it should have solid foundations for all this customisation to play alongside.


PS: Back in the day, I’d have called this story “Auteur Madness” and accepted all the appalled comments with glee. If you’re here and reading this, come at me. I can take it.