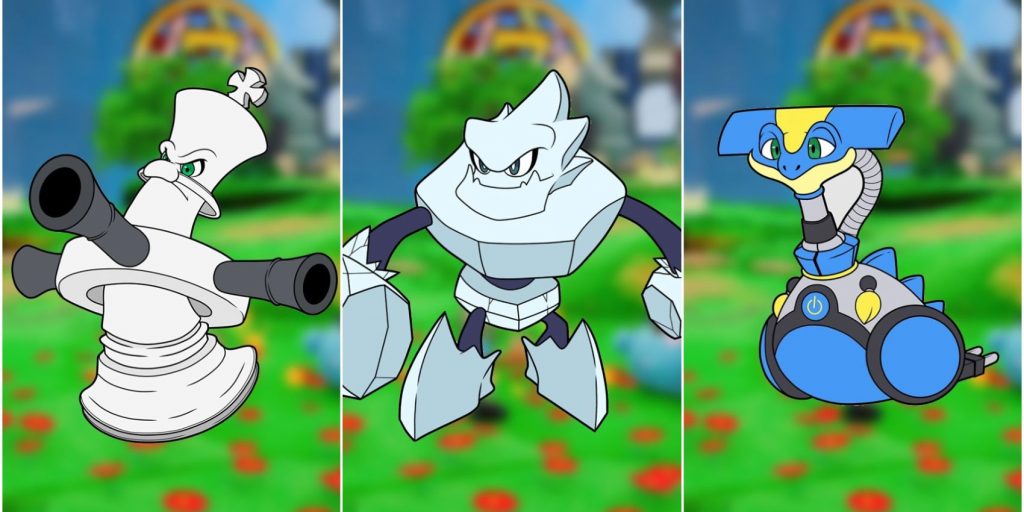 The platformer Balan Wonderworld has not gotten the warmest reception upon its release. Many have criticized the game for its control scheme, bland platforming, and weird mechanics. It’s also had a few controversies, from its final boss needing to be tweaked due to the risk of seizures, to being accused of copying a song from Ghostbusters.

RELATED: 10 Games To Play If You Liked Balan Wonderworld

Overall, the launch could’ve gone better for the Yuji Naka game. However, the designs of the various characters and creatures in the game are at least charming. A primary mechanic is for players to pick up costumes of these creatures, with each costume giving the player a specific ability. There are a total of 80 different costumes, but some stand out more than others.

In Chapter 7, players meet Cal Suresh, a world-renowned chess player who has gone undefeated in chess until one young player finally knocks him off. This leads Suresh to give up on chess, and the player must help him return to his lifelong passion.

The Quad Cannon, a white king chess piece with green eyes and four cannons, is the primary costume for this level. If Leo or Emma wears the outfit, they will gain the ability to shoot cannonballs out of these four cannons while standing completely still.

Chapter 8’s main aesthetic is ice, representative of the girl who is so scared to love again that her heart has turned ice cold. The girl, Iben Bia, was living a “perfect life” when both of her parents suddenly passed away. The cold vibe that she now gives off is represented in the main costume in Chapter 8: the Frost Fairy.

Both Iben and the Frost Fairy have a similar color palette, with Iben’s hair matching the Frost Fairy’s fur. The costume gives Leo or Emma the ability to walk on air by creating icy platforms, which can be done up to seven times in one jump.

Among the costumes players can find in Chapter 4 is one that went viral online: the Box Fox, where players will be turned into a box at random times. However, there is a far more useful and interesting costume in the this chapter called the Soaring Sheep.

RELATED: The 10 Best Platformers You Can Play On The PS4 (According To Metacritic)

This costume’s ability lets players puff into the ball. This allows them to land softly after jumping from a high point or a long distance. Players can also use the on fans, which can give them an extra boost up to a high platform.

There is an emphasis on time in Chapter 6, as the events of this section take place in front of a Clocktower. The inner workings of this tower include lots of gears, hence the birth of the ability of Gear Prince.

This costume focuses on changing the environment to help the player platform. Using Gear Prince, the player can insert themselves into Gear blocks that will help adjust platforms. In this way, they can clear a path or help avoid an obstacle.

Quite a few costumes are simply hilarious for their visuals. but can also be quite useful. Chapter 12 is all about a man who is cleaning up after the mess his fellow humans created. It fits the theme to have a costume that is also all about cleaning with the Vacuum Blaster.

This device does slow the character down as they move around, but it is a powerful force against enemies players need to face. The Vacuum Blaster gives players the ability to suck in an enemy and shoot them back out at other enemies.

There are two helpful elements of this costume. One is being able to shoot fireballs at other enemies. The other is being able to avoid damage from the pillars of fire throughout Chapter 11.

One of the most out-of-place outfits in the game, the Iron Panda can be used during the Amusement Park level of Chapter 9. The cute costume allows players to roll down steep hills, destroying any blocks or enemies that are in the way.

The costume can also be used to ground-pound blocks that are stacked up. Aesthetically, the panda costume appears to give the player arms similar to those of a penguin. The move animation shows the player simply floating with the costume on, since the Iron Panda lacks legs.

Chapter 2 introduces the player to Fiona Demetria, a diver who loves swimming with Dolphins. While the main costume for this level is in fact the Dynamic Dolphin, another costume is on-par with the main focus.

Jellyjolt is, predictably, a costume that resembles a jellyfish. The player receives two abilities when wearing this costume. One helps with platforming, as it can help the player ride currents. While facing an enemy, players can also use an electric jump to severely damage any enemy within the vicinity.

Unfortunately for Balan Wonderworld, a lot of costumes tend to serve only one purpose and ultimately are best left in the level they appear in. Chapter 8, however, has a probably the most well-rounded costume when it comes to its use in combat.

The Hardy Hammer is made entirely out of ice, once again matching with the level’s icy exterior. It has two primary attacks that the player can use. One is a simple swing of a hammer, while the other is a spin attack that requires the player to charge up.

Easily the best costume in the game is one that the player received if they got the chance to experience the demo before it was taken down. The Launcher has four variants, depending on which system players used to play the demo. Each one has a unique attack that is an ode to that particular system.

When wearing the costume, the player must stand completely still, as they only shoot bullets  when the player has stopped moving. Players positioning themselves well will reap the benefits.

NEXT: 10 Underrated 3D Platformers From The 90s Everyone Forgot About

Chris Birsner is a writer and journalist who most recently worked as an editor at Anton Media Group on Long Island. He is a 2018 graduate of Hofstra University. He enjoys playing Nintendo Switch and PC games, along with going back and playing classic PlayStation 2 games.