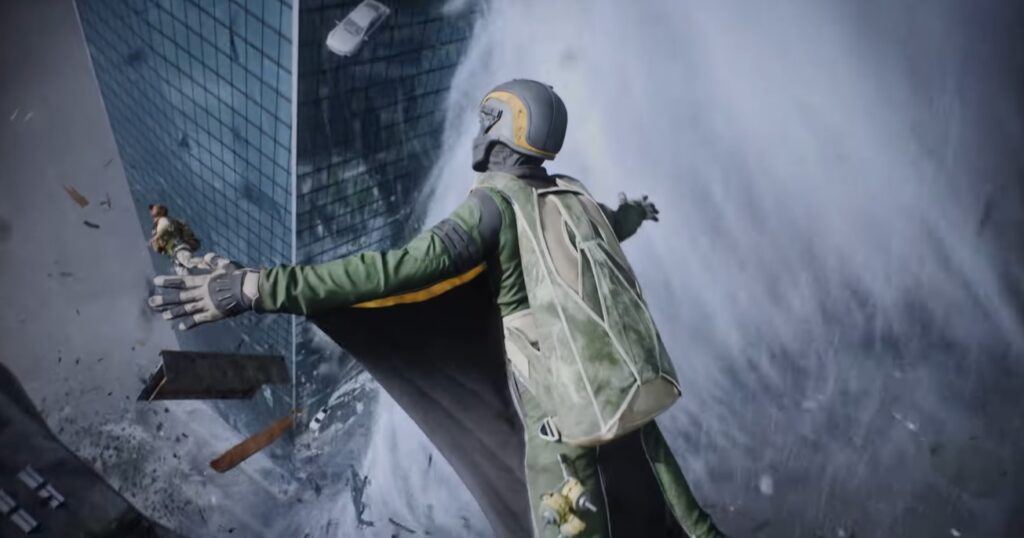 While we got our first look at Battlefield 2042 this morning, when the new trailer premiered, most of the details have come to the press in text form. For example, we now know that the new Battlefield title will have neither a campaign nor a battle royale mode. What it will have instead are huge 128-player multiplayer modes, because multiplayer is what the studio does best, it says.

Design director Daniel Berlin told Eurogamer the studio felt it should focus on what it was best at: “If you look at the DNA of the studio, what we’ve been doing for so long, we just said you know what, we’re not going to have a traditional single-player campaign this time around, but we’re going to put all that emphasis and all those resources into building depth into the multiplayer. Because that is what we do best.”

Most of the previous Battlefield games have had a single-player campaign, and I would argue that, while it’s perhaps not the series’ strong suit, their previous campaigns have been decent. I liked the Battlefield One campaign. That said, I liked it more for the historical aspect, so if this is just another bog-standard future war like we’ve seen in so many other games, perhaps it’s best to just throw us into the multiplayer matches. Berlin adds that we’ll get a story via the maps themselves and the Specialists we’ll be playing as — it just won’t be within the bounds of a campaign.

As for battle royale mode, this has been a staple of the FPS genre ever since PUBG popularized the gameplay format. It’s been hugely successful for Fortnite, and Call of Duty. It’s honestly amazing that Battlefield is not following the lead of its nearest competitor, but it’s probably for the best: Trying to make a Warzone competitor (or a Fortnite/PUBG competitor, for that matter) would probably be folly. Once more unto the breach, indeed.