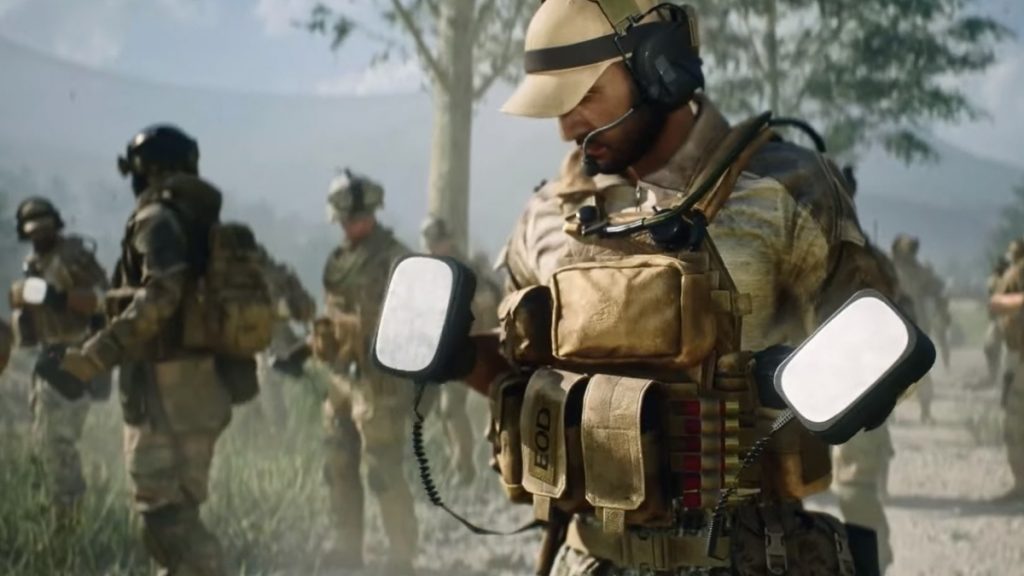 Hazard Zone, the third major part of Battlefield 2042’s offering, has finally been revealed, with the mode seeing squads of four compete with each other across existing maps to extract packages.

The mode, which seems to cobble together familiar elements from the likes of The Division’s Dark Zone and Escape From Tarkov while serving them up in Battlefield style, got its reveal via a new trailer with DICE working to fill in the gaps in a pre-briefing.

Tying into Battlefield 2042’s near future sci-fi setting, the data drives you’re looking to extract are from the downed satellites whose demise plunged the world into a state of tension and conflict. Playing as part of a four person squad, it’s up to you to compose and equip a well-balanced team to track, retrieve and extract the data drives – though they’ll be working against a ticking clock, ‘occupying forces’ which sound very much like AI bots defending each of the data drives and the threat of a random storm coming in to mix everything up and toss everyone around.

There’s a metagame, too, with the data packs you extract transferring into a currency specific to Hazard Zone called Dark Market credits, where you can purchase upgrades and gadgets – all of which are specific to Hazard Zone too. Extra wrinkles are thrown in by the fact that only two possibilities to extract during a match – both of them coming at different times and different locations on the map.

Battlefield 2042 recently got an open beta, which received a mixed response – with EA going on to say the build presented was a few months old. DICE’s shooter received a delay from its original release date in October to November 19th where it currently stands.