Home » Best specialists for each playstyle

Best specialists for each playstyle 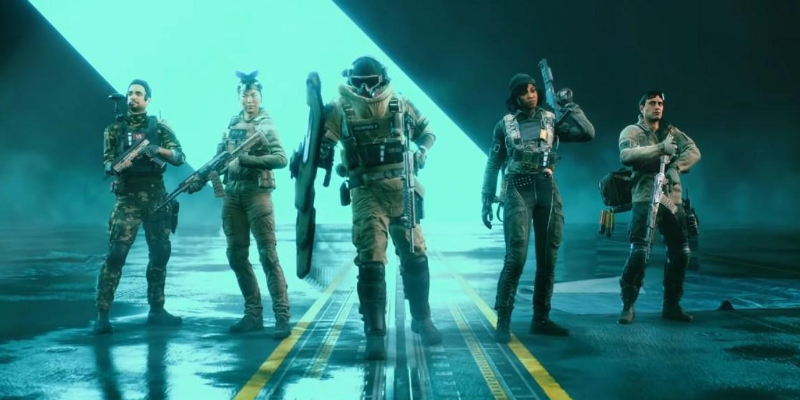 For Battlefield 2042, developer DICE opted to replace the franchise’s traditional class system with specialists. Support, Engineer, Recon, and Assault are all gone and have been superseded by a collection of elite soldiers. Not everyone has been in favor of this change, though. But regardless if you like it or not, it’s still important to understand which Battlefield 2042 specialists are best to use.

There are currently ten specialists available in DICE’s first-person shooter, but I’ll only be breaking down five of them. The other five can be fun to play, but they aren’t ever going to be a top-tier choice regardless of playstyle. Feel free to try out the others, but don’t expect anything too impressive.

In terms of healing and reviving teammates, Maria is probably the best choice. However, thanks to Angel’s jack of all trades skillset, he’s flexible enough to excellently fill this role. So much so, that I would recommend playing him over Maria even if you want to play as a medic.

Angel’s passive ability allows him to revive any downed teammate rather than just squadmates. Furthermore, teammates that are revived by him will receive bonus armor. Even better is that his gadget, the Loadout Crate, allows Angel to swap his entire loadout on the go. This means that you can change playstyles whenever required to best assist your team.

Once again, it isn’t the intended specialist that reigns king. Despite Caspar being the supposed sniper, I’d recommend playing Irish instead. His Fortification System is incredible for sniper players who are looking to lock down an area. This ability no doubt makes him one of the best specialists in Battlefield 2042.

His shield can be used as cover anywhere on the map, which is fantastic if you set it up in spots an enemy may not have otherwise expected. Furthermore, his APS-36 Shootdown Sentinel acts as a trophy system that prevents enemies from using launchers and grenades to flush you out. He is an incredible choice for anyone who favors a slower playstyle.

Given just how strong submachine guns are right now, Mackay might be the best specialist in Battlefield 2042. His Nimble passive ability increases strafe speed when you’re aiming down sights. This is great for staying on the move while pushing an enemy. But that alone isn’t what makes Mackay so good.

His gadget of choice is the Grappling Hook, and it’s exactly as cool as it sounds. Within reason, this allows Mackay to climb to just about any spot on the map. The potential to flank enemies who aren’t expecting you is huge. It is the best infantry engagement tool in Battlefield 2042. Smart use of the Grappling Hook to control positions of interest will see you dominate lobbies.

Truthfully, there aren’t any amazing anti-vehicle specialists in the game right now. It’s probably something that DICE needs to consider implementing in the future. Regardless, if this is a playstyle you enjoy, then Rao is a decent option despite his limitations.

His Cyber Warfare Suite can hack enemy vehicles and disable their weapons and  abilities. In a coordinated squad, this is devastating, as your teammates can all fire at a vehicle once it’s hacked. As a lone soldier, though, it is somewhat limited as the hack takes a while to complete and good pilots or tank drivers will escape before you have the chance to finish them off.

Sundance is probably the operator most casual players pick. Why? Because being able to glide around with her Wingsuit is incredibly fun. Make no mistake, though, her flying isn’t just for show. If you know how to play Sundance correctly, she is one of the best specialists in Battlefield 2042.

Her Wingsuit allows you to reposition faster than any other specialist in the game. This is incredible as you can push an objective, capture it, and then fly to another objective in a matter of seconds. She isn’t great on every map due to her Wingsuit requiring some form of high ground to jump from. Even so, on maps that feature a lot of verticality like Hourglass, Kaleidoscope, and Breakaway, she is extremely strong.