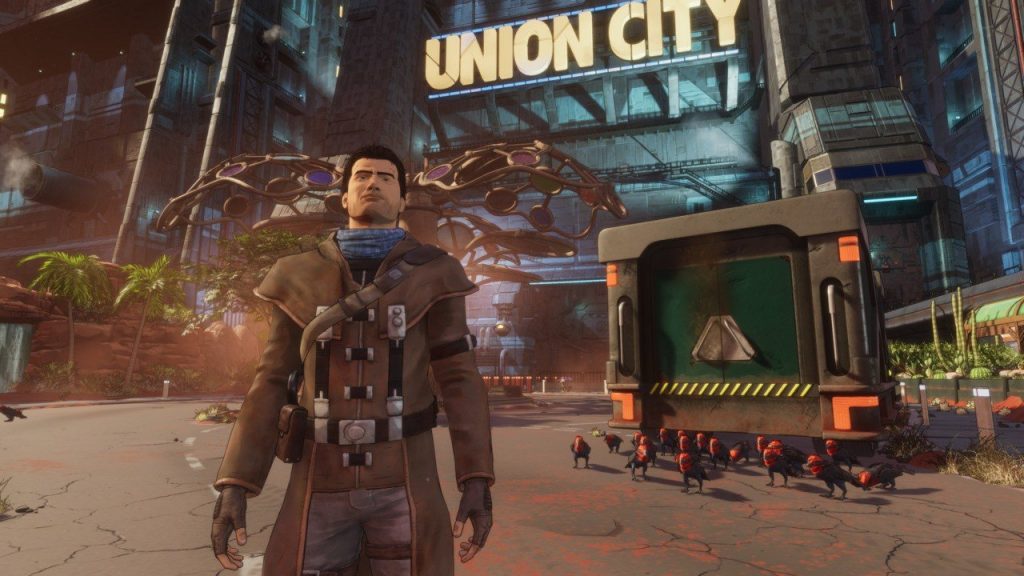 Every now and again, it pays off to be a fan of a cult classic, and today is that day for anyone who was hoping for a sequel to Beneath a Steel Sky, Revolution Software’s dystopian point-and-click adventure game from 1994. You held out for almost 30 years, and finally, you’re about to get your just deserts when Beyond a Steel Sky comes to Nintendo Switch in the Year of Our Luigi 2021.

For those of you who didn’t play the original, here’s some background information: Revolution Software is one of the point-and-click darlings, with their Broken Sword series firmly cemented in the annals of adventure game history. Led by British designer Charles Cecil, the company has been making games since 1989, and Beneath a Steel Sky — their 1994 cyberpunk sci-fi game — also featured art and design from Dave Gibbons, the artist and co-creator of Watchmen.

Beyond a Steel Sky, the “spiritual successor” to the original, is set ten years after the events of the first game, and came out on Apple Arcade and PC in 2020. Now, it’s heading to consoles, with a November 30th release date, a new trailer, pre-order bonuses, and two special editions. That’s a lot. Let’s take a look:

Beyond a Steel Book Edition