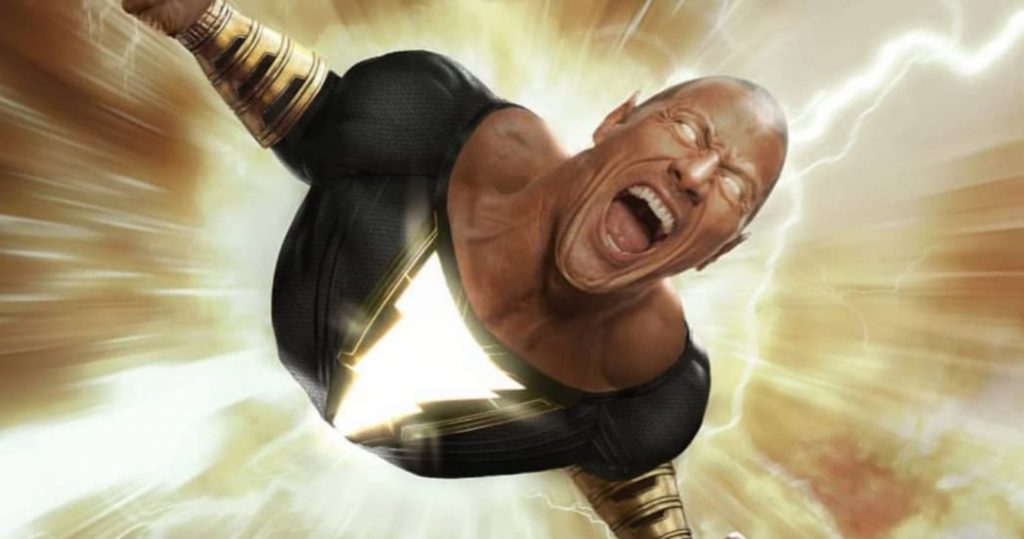 Johnson posted a video on his Instagram account which revealed the film’s release date, and it involved commandeering Times Square.

The Rock has performed many dramatic entrances during his wrestling career, therefore, it’s only fitting that his first superhero outing receives the same treatment. Black Adam has been given the release date of July 29, 2022, and it was announced by Dwayne Johnson with grandeur.

Johnson posted a video on his Instagram account which revealed the film’s release date, and it involved commandeering Times Square. Johnson was ready, camera in hand, to film the PR team’s control of Times Square’s monitors, where each screen turned black before firing gold lightning bolts. The Black Adam logo then appeared above the release date, and it must have been quite a spectacle to witness in person. The actor accompanied the video with the tagline ‘The hierarchy of power in the DC Universe is about to change,” which is very apt considering the rumor of Johnson’s advocacy for the SnyderVerse to continue.

Black Adam is an anti-hero created by Otto Binder and C.C. Beck, intended to be the arch-enemy of Shazam and rival the Shazam family – also known as the Marvel family, which can be confusing. Despite originally being portrayed as an ancient Egyptian variant of Shazam called Teth-Adam, modern writers have rewritten his character as a corrupt anti-hero hellbent on redemption. It is therefore highly possible that Johnson’s Black Adam and Zachary Levi’s Shazam will crossover at some point in the future.

Joining Johnson on the casting front will be Aldis Hodge, Sarah Shahi, Noah Centineo, Marwan Kenzari, and Quintessa Swindell, under Jaume Collet-Serra’s direction. Pierce Brosnan has also been announced, who will play the role of hero Dr. Fate. Filming is due to begin in the next few weeks – pandemic permitting – where Black Adam’s narrative is meant to include the Justice Society of America.

In other DC news, Zack Snyder recently revealed that himself and Warner Bros. had considered keeping Superman’s resurrection mullet for Justice League. As the weight of this irreversible choice weighed on Snyder’s mind, the decision to keep him neatly cropped and clean-shaven was made in order to avoid any CGI hair-removal mishap like before.