Home » Black Friday 2021 Logitech deals for the UK and US

Black Friday 2021 Logitech deals for the UK and US 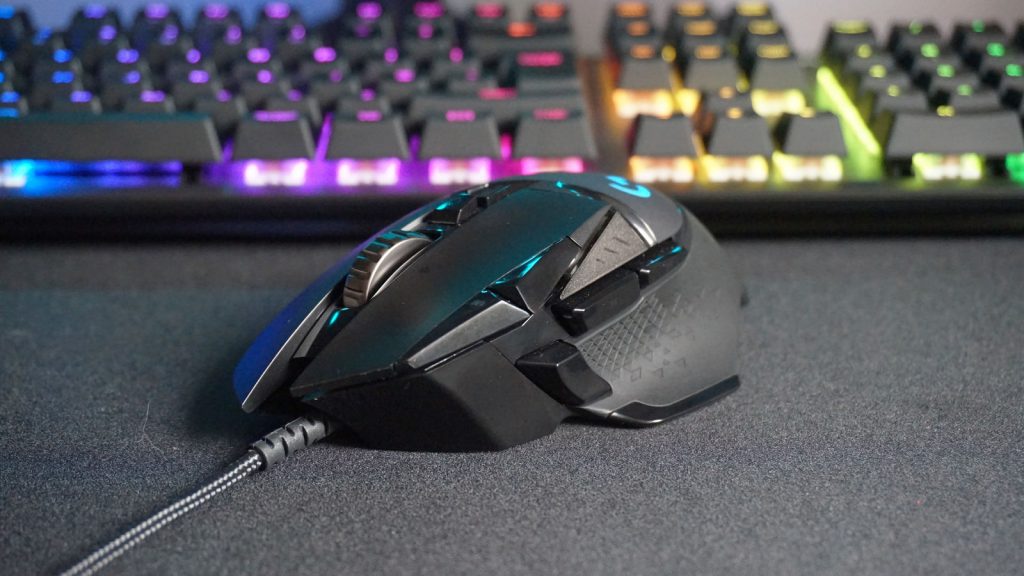 Early Black Friday deals are about to become, well, not so early, now that the big day is only hours away. Even so, there are more than enough good prices on genuinely good hardware, and it turns out that a lot of these have a name in common. Join us, then, for a jaunt through the best Black Friday Logitech deals we’ve found.


Logitech certainly have a good record on the hardware itself, and currently claim the top spots on both our best gaming headset and best gaming mouse rankings. In the latter’s case, it’s with the Logitech G502, a wired rodent that our 2019 and 2021 surveys have revealed as the most popular mouse among RPS readers. Good taste!


As with our guide to the best Black Friday Razer deals, you can use the navigation links on the right to jump to a certain product type; deals for both the UK and US are included. There are, naturally, plenty more offers to be found through our main Black Friday deals hub, as well as our many other guides:

Possibly the single best Black Friday mouse deal around at the moment, if mainly thanks to the quality of the G502 itself. I love it, RPS readers love it, and now you can get the white-striped Special Edition for less than half the RRP.

If your budget won’t stretch to a G502 variant, the G305 Lightspeed is an excellent alternative with the added convenience of wireless connectivity. This isn’t the absolute lowest price it’s had, but it’s more than a fair trade in exchange for such a comfortable design and reliable wireless tech.

Katharine called the G Pro Wireless “the best wireless gaming mouse ever made” back in 2018, and it rlemains on our best mice list today. At this price it’s even more alluring, and don’t worry about this Amazon listing being for a “German version” – it’s the same mouse, that just means there’ll be some deutsch on the packaging.

A harsh but fair view of this mouse would be that it’s just a lighter cousin of the G Pro Wireless, with fewer buttons and a higher price.. I think the G Pro Wireless is clearly a better deal, but the Superlight does make some other, genuinely welcome improvements, like moving the DPI toggle bottom so it’s more accessible.

Another fine deal on a comfortable, customisable mouse that needs no further introduction. As in the UK, this is the Special Edition with the extra touch of white; the all-black standard G502 Hero is also on sale for $40.

I’d suggest that if you’re going to spend around $30, the G502 SE Hero is a much better buy, though for anyone determined to snag a cheap wireless mouse the G305 Lightspeed will more than suffice. Best Buy has a range of colours in stock as well.

Our favourite cheap gaming mouse overall, the G203 is a simple yet reliable wired rat with far better build quality than you’d expect at this price. It also has customisable side buttons and a DPI clutch, so works particularly well with shooters.

The superb G Pro Wireless appears to be holding firm at $100. It might drop even lower during Black Friday itself, but if you don’t want to wait, this is still a good price.

Rest in peace, Amazon’s £118 deal from the other day. Luckily Currys have picked up G915 TKL Lightspeed deal duties instead, meaning you can get this outstanding wireless mechanical board with a substantial saving.

The G815 represents an appealing middle ground between the more advanced but pricier G915 and membrane keyboards like the G213 below. It’s much closer to for former, mind, with a nicely slimline chassis and low-profile mechanical keys with a tactile bump.

Not a bad price at all for the full-size, membrane G213 Prodigy, which throws in an integrated wrist rest and customisable RGB backlighting for good measure.

I was hoping the G915 TKL Lightspeed Wireless would have dropped further by now – this deal has been around for a few days now – but no matter. Even this tenkeyless model is a huge amount of wireless keyboard goodness for the money.

Oh look, the standard G915 Lightspeed is on sale now as well. This is the version Katharine tested for her glowing review, and is absolutely worth buying at this lower price.

Also in the 50-bucks-off club is the full-size G815 Lightsync, which you can get with any of its three mechanical switch options – clicky, linear and tactile – from Best Buy.

This looks to be the cheapest of Logitech’s keyboards to get the Black Friday treatment. It’s obviously bulkier than the higher-end models listed above, and uses rubber dome switches instead of mechanical, but is nonetheless a well-equipped board by entry level standards.

A top opportunity to get a top gaming headset at a seriously low price. If there’s a better-sounding headphones/mic combo than the Logitech G432 for this kind of money, we haven’t heard it.

Admittedly this isn’t the most handsome of headsets, but it’s much better heard than see. With big 50mm drivers, virtual 7.1 surround sound and loads of onboard controls, it’s a high-end headset in all but price.

That’s more like it: a headset that’s as elegantly designed as it is technically capable. Highlights, as Katharine found in her G Pro X review, include stellar microphone quality and a supremely comfortable fit.

The best gaming headset overall is getting even more attainable. Newegg had this down at $45 just recently, so good job if you decided to hold out until closer the Black Friday proper.

The G635 is essentially the wired version of Logitech’s flagship G935, and since the latter only ever promised underwhelming battery life, it’s hard to see the G635 as a downgrade. You’re still getting features like 7.1 virtual surround sound and a vast array on onboard controls.

One of our absolute most favouritest headsets, the G Pro X combines a comfortable, grown-up design with good sound and excellent mic clarity.