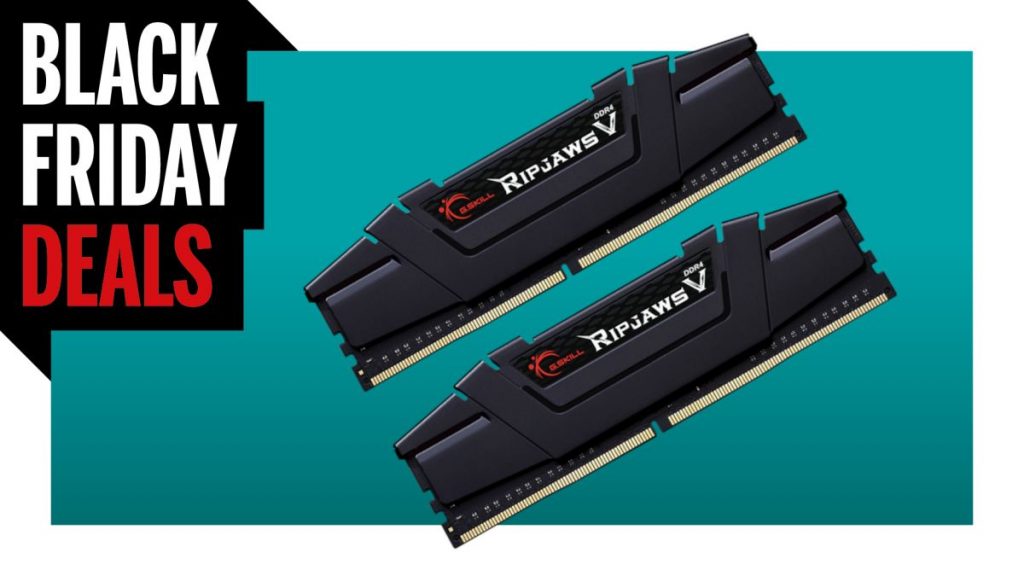 A good Black Friday RAM deal is one quick, easy, and relatively cheap way to soup up your system this season. With this pair of speedy G.Skill Ripjaw V series RAM sticks for just $99, you’ll be set up to run the latest and greatest games for several years to come. Although Newegg doesn’t list the original price for this particular pair of RAM sticks, we can confirm this is a very solid deal for getting a total of 32GB in your setup.

G.Skill’s Ripjaw V series even rates on our list of best gaming RAM right now. “This series is more affordable, faster, and has a less tacky heatsink than its predecessor,” Dave explains in our guide for 2021. “Immediately, the Ripjaws V did exceptionally well in our benchmarks without any overclocking.”

The only downside that Dave calls out in our roundup of gaming RAM is that the Ripjaw Vs look a bit edgy. They do, sure, but who am I to throw stones when my RAM has programmable RGB lighting?

In the same guide, we advise that you have at least 16GB of RAM in your gaming PC but note that the upgrade to 32GB has gotten quite affordable lately. That’s all the more true with this particular deal when comparable components usually trend closer to $150 total.

I’m doing alright myself for now with a pair of 8GB G.Skill Trident sticks, but I’m dreading the day when I start seeing my 16GB specs in the “minimum” system requirements column for the latest games rather than “recommended”. It’s happened to me once already now that Dean Hall’s upcoming crafting survival game Icarus recommends 32GB. Every time I’ve seen mention of 32GB of RAM during this week’s deals, I’ve guilty looked over at my machine with that December launch date in mind.

With that particular bar to clear, this may be a quick Black Friday deal for both me and you.