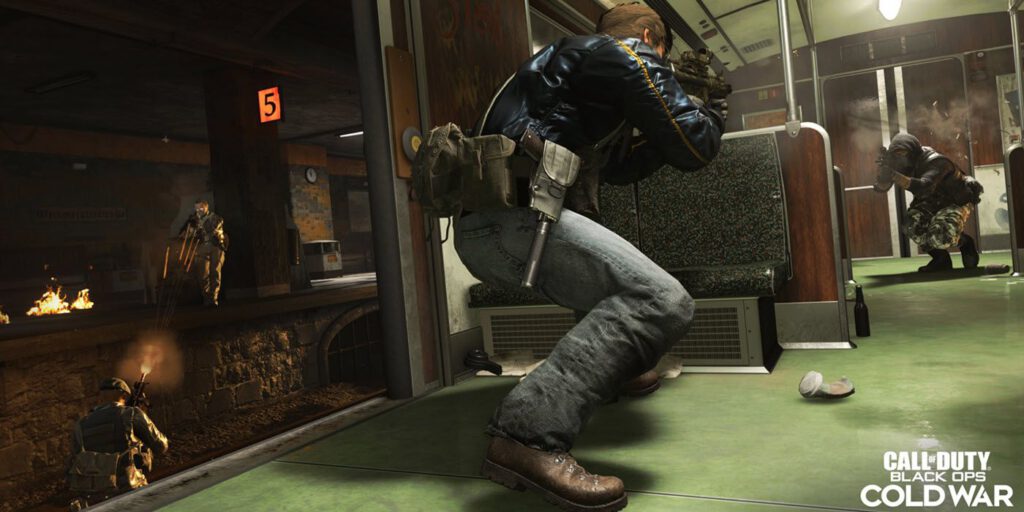 Last month, Call of Duty: Black Ops Cold War received a shot in the arm as Season 1 finally arrived. The mega update added the game’s first Battle Pass giving players 100 levels stuffed with new weapons, operator skins, blueprints, and more. New game modes like Prop Hunt were added as well as The Pines multiplayer map and the H.A.R.P. scorestreak. Nearly one month later, the midseason update has finally arrived bringing with it even more content and changes for players to check out.

The multiplayer side of Call of Duty: Black Ops Cold War is getting another big boost in this midseason update with a couple of new maps. The first known as Sanatorium was leaked earlier this month. According to the description, ten squads of four are fighting it out over objectives and vehicles on the Ural Plains. With the main structure in the center, the map itself features some diverse sections including a small forest, lakeside structures, and a large wooden dock. While the building appears to be a hotel on the outside, notes around the grounds hint of more sinister experiments taking place here like the trail known as Project Golova.

Coming on February 4 is the 6v6 map called Express, a place Black Ops 2 fans may remember. The classic U-shaped map features two train tracks through the main hub which favors close combat, though skybridges on the sides make long range combat more than viable here. The tracks aren’t just for show however as trains will periodically rush through adding deadly hazards to this map.

As expected, new modes are also arriving inside of this Call of Duty: Black Ops Cold War update. The first is Dropkick, which is live inside of the game and pits two teams of players against one another over a control of a briefcase with nuclear codes. Pick up the briefcase to use a powerful pistol and hold on to it for as long as possible to rank up score. First team to 200 calls in a nuclear strike and wins the match.

Snipers Only Moshpit and Endurance Mode are also rotating in this season. In Snipers Only, two teams of 6 will participate in Team Deathmatch or Domination modes with weapons restricted to sniper rifles only while Scorestreaks weapons, lethal, and tactical equipment are also restricted. Endurance Mode sees 40 players sorted into four teams of 10 battling it out to collect uranium and arm bombs throughout the match. The score limit increases from 500 to 1000 so this should be a good way to complete multiplayer challenges as well. The fast paced 3v3 Face Off continues with a mix of game modes like TDM, Kill Confirmed, and Domination.

Of course, the update also features a number of updates to the popular zombies mode as well including new maps and the Cranked game mode. Better yet, for those who don’t own Call of Duty: Black Ops Cold War, Activision is making the entire mode available to play for free. Zombies Free Access Week starts today and runs through January 21.

MORE: What We Want to See from Call of Duty: Black Ops Cold War for 115 Day

5 Games To Play Before Diablo 4

Derek’s love of games came at an early age when his parents first brought home the Nintendo Entertainment System. From then on, countless nights were spent hunting ducks, stomping turtles, exploring far off planets, and combing through dungeons with a trusty sword and shield. Originally growing up exclusively with Nintendo products, Derek’s perspective grew to include other platforms ranging from Sony, to Microsoft, the PC, and more.

As his views and opinions grew, so did the desire to connect with other players and video game fans. In 2011, his blogging and writing adventure began at his personal site Gamercrash.com. While he continues to write there, he eventually joined up with the Game Rant crew in 2015, writing everything from features and guides, to the latest breaking video game news.