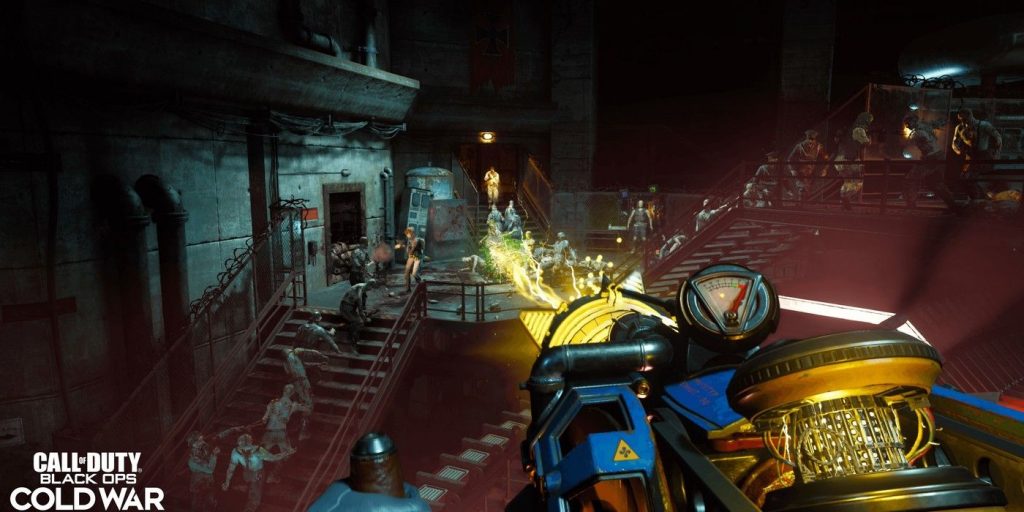 Call of Duty: Black Ops Cold War fans can finally upgrade the DIE Shockwave inside of Outbreak, and each upgrade rests in a specific location.

This addition is a necessity, as the DIE Shockwave has been useless in higher World Tiers. While the RAI K-84 and original Ray Gun are some of the best weapons players can have within Outbreak, the DIE is often skipped over in favor of a regular weapon. However, this may soon change, as the Wonder Weapon is getting a major boost via the addition of ammo types around Outbreak’s many regions. Fortunately, Redditor TLukas123 has shown players how to acquire all the upgrades.

Unlike the DIE Shockwave from Die Maschine, there is no need to complete a quest in order to unlock each special ammo type. Instead, players simply need to memorize the spawn points for the upgrade crates, with one found in every Outbreak region apart from Sanatorium. Fortunately, TLukas123 provides video clips and maps for each of the upgrades. Players can find the ice upgrade in Alpine, the electric upgrade in Duga, the poison upgrade in Golova, and the fire upgrade in Ruka.

For Alpine’s Ice upgrade, players will want to head passed the road near a jump pad in the South of the map. It will be seen resting in the center of a frozen pond. Call of Duty Zombies fans searching for the poisonous Nova 5 upgrade can head to Golova’s silos on the West side of the map. Specifically, it is on the silo with pipes that make a ramp. For the fire-based Thermophasic upgrade, players will need to head to the burnt down forest in Ruka, which is on the Southeast portion of the region.

Finally, players can find the best DIE Shockwave upgrade in Outbreak’s new Duga region. At the top of the massive satellite array that the map is designed around, players will be able to collect the Electrobolt upgrade. For those that know the maps well enough, TLukas123 has also provided an image guide that eliminates the need to watch a video. Thanks to this player’s assistance, those interested in the gun should have no issue finding their upgrade of choice.

While the Die Maschine is far from the best Wonder Weapon even when it is upgraded, the ammo types do make it more useful and fun to use. Having them available in-game should add variety to the mode as well, something that Outbreak will need if it wants to keep Zombies fans coming back.