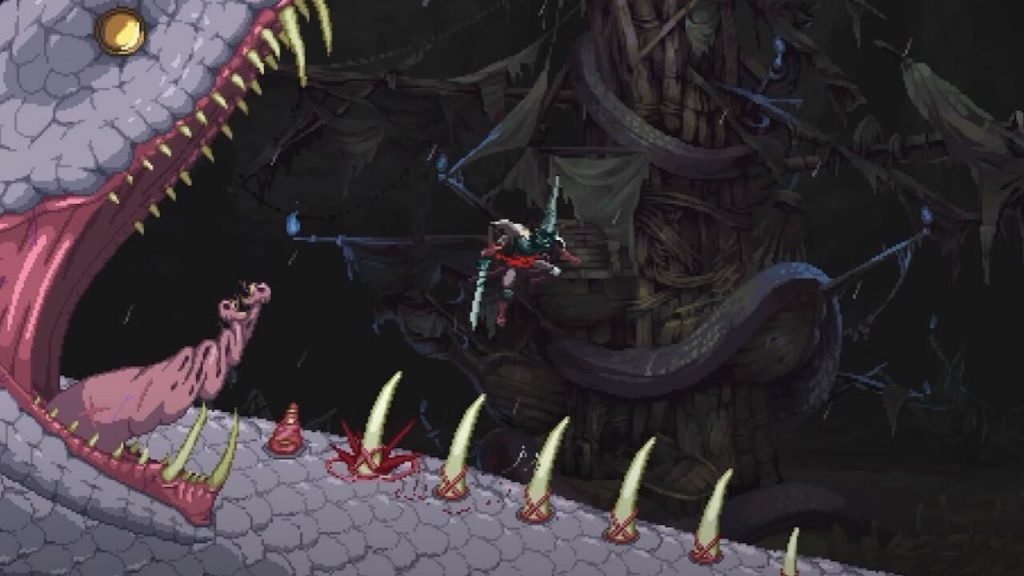 Back in August it was announced that the rather excellent Blasphemous would be getting another (and final) free DLC expansion titled ‘Wounds of Eventide’, while Blasphemous II is in development for 2023. Though it’s a crowded genre on the eShop, this writer’s view is that it’s a standout Metroidvania / Souls-like / insert-iffy-comparison-here game from developer The Gamer Bakers, so the prospect of more is rather pleasing.

As confirmed by publisher Team17 as part of a sizzle reel from the 2021 Golden Joystick Awards, the final update arrives on all platforms on 9th December, so we don’t have long to wait to see what it’s all about. Details are still thin on the ground beyond an initial tease that “His end was just the beginning”, along with some new footage in the video. It looks like a setting that could be a dried out sea, and there are clips of impressive boss battles – including a giant snake that looks particularly deadly.

We suspect more will be revealed in the run-up to its release, and it’s certainly impressive how much content has been added to this game post-launch, for free no less.

Let us know in the comments if you’re planning to get back into Blasphemous for the update, or perhaps if it’s on your wishlist and looking extra tempting with the new content on the way.