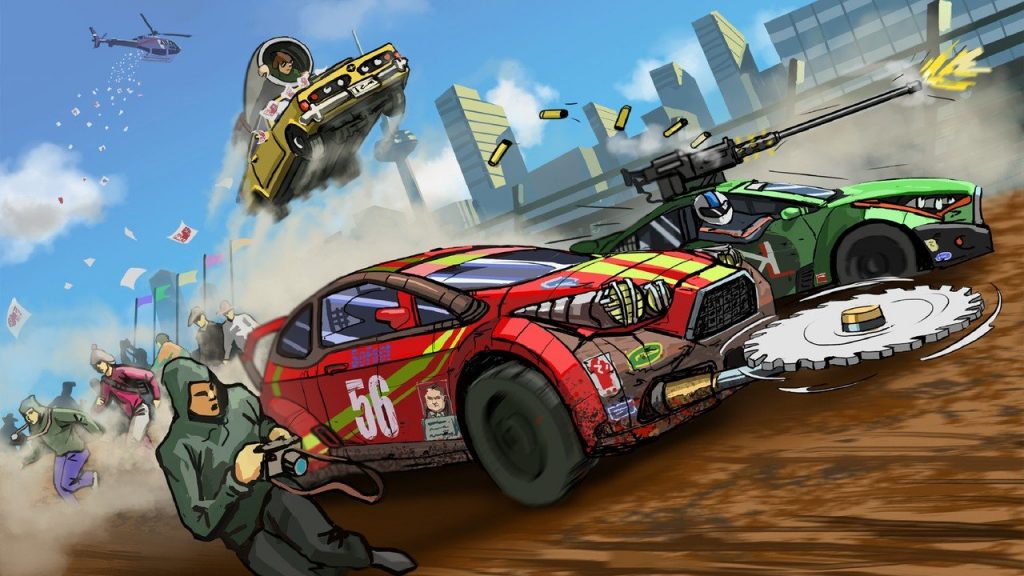 Indie studio Kodo Linija’s Bloody Rally Show is a top-down arcade-style racer which released on PC in 2020 and it’s making its way to Switch on 4th November.

We say ‘studio’, but Kodo Linija is comprised of solo dev Tomas Varaneckas, so this hyperviolent reality TV racer is in fact a one-man-show. The reveal trailer above give a good idea of the bloody carnage involved as you blast and boost your way about the place, jostling for position and generally tearing up the competition. The game’s set in a dystopian future (is there any other kind) where drivers compete in a Mad Max-style (death) race for glory for the pleasure of viewers everywhere.

The game includes 4-player local multiplayer — a perfect fit for Switch — plus a host of other features. Here’s the list of key features from the official PR blurb, followed by some screenshots:

Buckle up for a story mode full of surprises: Drive fast and dirty to complete seasons, earn cash and XP, and nab a place on the podium. Can you win your freedom and escape the Bloody Rally Show?
Motorsport’s deadliest cars: Choose from a range of cars inspired by the infamous and banned-in-real-life Group B rally class. Upgrade and unlock new vehicles for an ever more reckless ride!
Infinite number of circuits and courses: A mix of handcrafted and randomly generated racetracks means there’s always a new challenge. Save your favourite generated tracks to use in Custom races!
Participate in ‘Special’ races: Drive a huge car and cause maximum damage. Complete a race with the throttle stuck on 100%. Assassinate targets spectating trackside. All this madness and more!
Weaponize your wheels: Enjoy the spectator splattering Pedestrian Cannon! Explode rivals with the shrubbery-tastic Homing Hedge! A variety of deadly weapons await in specific races and Battle mode
Compete with friends and rivals: Race and battle up to three friends in local multiplayer for the most fun and chaos! Prove your driving prowess and claim a spot on the leaderboards!
Play as a pedestrian: Take a break from driving and head trackside with your camera. Find the perfect spot to take photos and get extra close to the action! Just try to avoid becoming roadkill… 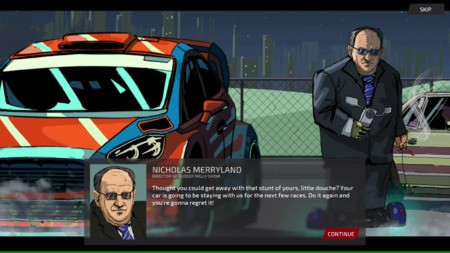 Bloody Rally Show is out on Switch on 4th November. Let us know below if you’ll be getting behind the wheel of this one.