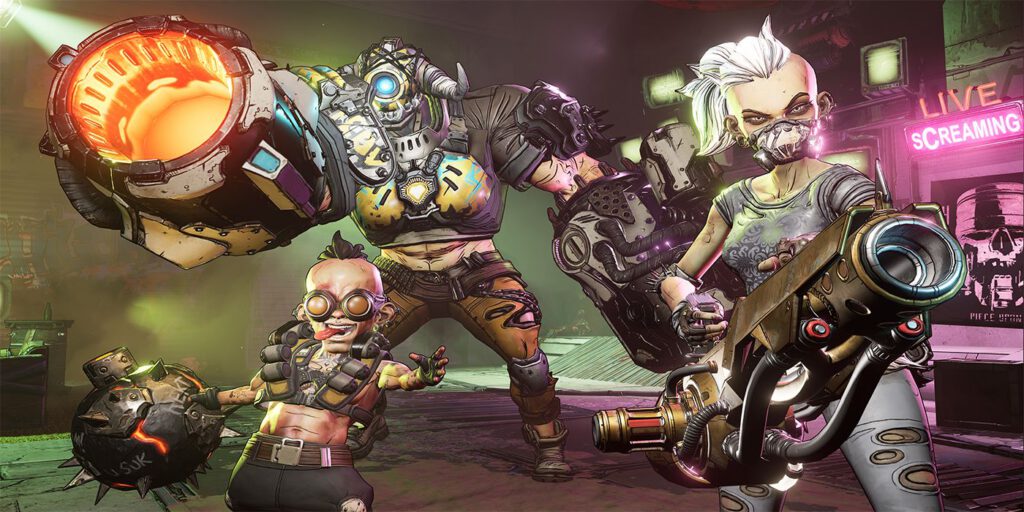 New content for Borderlands 3 is announced as part of the Director’s Cut Season Pass, including a new Disciples of the Vault skin pack.

A new episode of The Borderlands Show just dropped, revealing new information about the Director’s Cut Season Pass of Borderlands 3. As part of the content of the Director’s Cut, players will get new skins together and new heads to customize their characters, featuring the appearance of some of the enemies in the game.

Last November, the first part of the Season Pass, Borderlands 3: Designer’s Cut, was released. The add-on includes a new Skill Tree for every Vault Hunter and, most notoriously, Borderland’s new multiplayer game mode titled Arms Race, in which players attempt to loot as much as possible starting from scratch, meaning no previously owned weapons or skills have been unlocked and the chances of dying are increased drastically.

The upcoming Borderlands 3: Director’s Cut will feature a Multiverse Disciples of the Vault skin pack, so players can customize their Borderlands characters to look like members of the Calypso twins’ Children of the Vault cult. The pack includes “Second Sister” Amara, “THE H4RBINGER” FL4K, “Saint of Iron” Moze, and “Bane Flynt” Zane as part of the Season Pass, and will also be granted to owners of Borderlands 3: Ultimate Edition, but they can also be purchased separately.

The news of the skin pack came together with the announcement of Borderland’s 3 Broken Hearts Day, the seasonal event that will start on February 11 and run until the 25th. The Borderlands Show also announced Vault Cards, another enemy called Hemovorous the Invincible, a relaunch of Tales of the Borderlands, and the infamous BTS content on Ava, one of the most controversial characters of the franchise, which has become one of the most disliked additions to the Borderlands storyline.

The upcoming events and the additional content should be a great opportunity for players that want to change up Borderlands 3‘s gameplay a bit. The new skin packs will give players a good chance to drastically change the aesthetic of their usual characters and have them camouflage with the enemies.

On the other hand, some fans of the Borderlands franchise have expressed that the announcement is a bit underwhelming. For one, Ava’s additional content did not sit well with many followers of the game. Even more, some players expressed on the YouTube comments of The Borderlands Show that they would not be willing to pay for the additional content, as they think it should have been part of the base game.

MORE: Eli Roth Is the Perfect Director For The Borderlands Movie