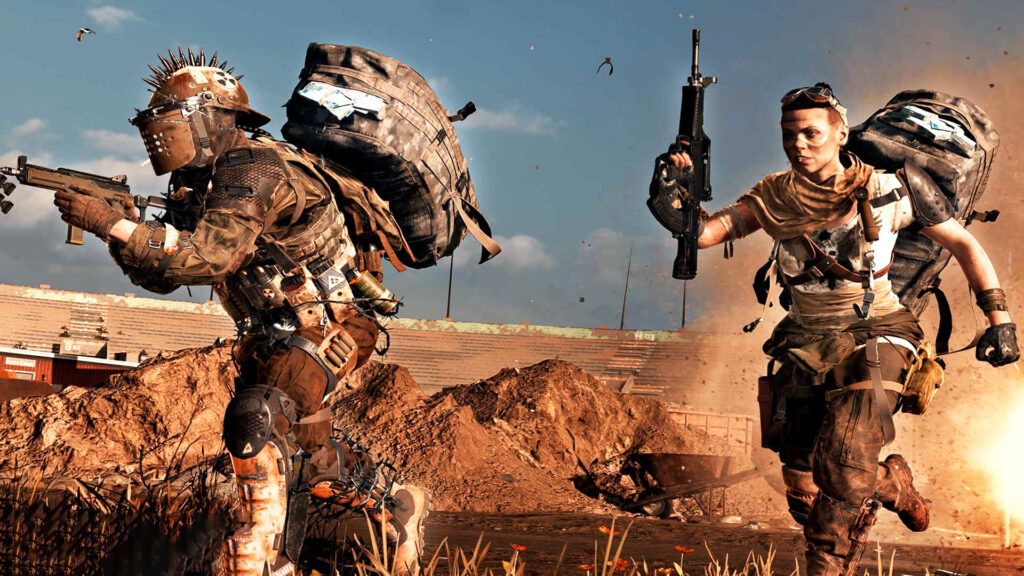 The launch of Call of Duty: Black Ops Cold War and Warzone Season 4 is so close, but what should we expect from the FPS game this time around? The hidden nukes in Verdansk’s bunkers were finally launched, sending the map back in time to the ‘80s. Are nukes supposed to work like that? No one knows for sure.

The Warzone Season 3 Reloaded update added new landmarks to ‘80s Verdansk: Nakatomi Plaza from Die Hard and survival camps from the Rambo series. There’s a good chance Treyarch continues this ‘80s action heroes trend – perhaps we could see RoboCop or even the Terminator joining the fray. One thing we know for sure is that there will be balance changes to spruce up the weapon meta.

Expect to see major additions to Cold War’s multiplayer and zombies modes. There are rumours about Cold War receiving another remastered Black Ops map, and it sounds like Outbreak is heading to Berlin for its next adventure. Here’s everything we know about Cold War and Warzone Season 4.

Call of Duty Cold War and Warzone Season 4 is likely to start on June 17. The Season 3 battle pass is set to end on June 15; usually there’s a slight delay before jumping over to the next season.

Related: Try out some of the best guns Warzone has to offer

The Cold War weapons were added to Warzone in Season 1 last December, but the majority of these guns felt weak compared to their Modern Warfare counterparts. The devs have spent months bringing the Cold War weapons up to speed, but this means the Modern Warfare guns haven’t been getting much attention. Underused weapons like the best Kilo 141 loadout and best Scar loadout may be reintroduced to the meta in Season 4.

While the ‘80s Action Heroes event may be over, it appears Nakatomi Plaza and the survival camps are here to stay… at least for the time being. There is a chance Nakatomi Plaza could revert back to the construction site like at the beginning of Season 3, but there’s no way to know right now.

Per a new #Warzone survey, Verdansk 1984 is getting a NEW fast travel system with “Red Doors.” 👀

This will most likely function similar to the subway systems in the original Verdansk map. pic.twitter.com/L0ZmmphKzY

‘80s Verdansk may receive a fast travel system this season in the form of ‘Red Doors’, according to a leaked Warzone survey. This mechanic is used during the Cold War single player campaign to travel between locations. The subway system that was added to modern Verdansk has been removed in the ‘80s version, sothe Red Doors could serve as a useful replacement.

The only information we know about the new operators are their data mined names: Deathstalker, Komodo, and Quicksand. These names don’t tell us anything about the characters, but neither did Wraith, Knight, or Antonov back in Season 3.

Here are all 3 operators coming to Warzone with the Season 4 update!

Berlin has been rumoured to be the next zombies survival map since Season 3, but we haven’t seen any proof thus far. Due to the size of the Outbreak maps, it’s likely that we will see new locations being added to the Ural Mountains map instead.

And that’s everything we know about Call of Duty: Black Ops Cold War and Warzone Season 4. There aren’t as many leaks this time around, but we’ll continue to update this guide whenever something is revealed. If you’re struggling to do well in Warzone, you may want to check out our best Warzone loadout drops to equip yourself with a strong loadout.