Call of Duty Vanguard and Warzone Season 1 – everything we know 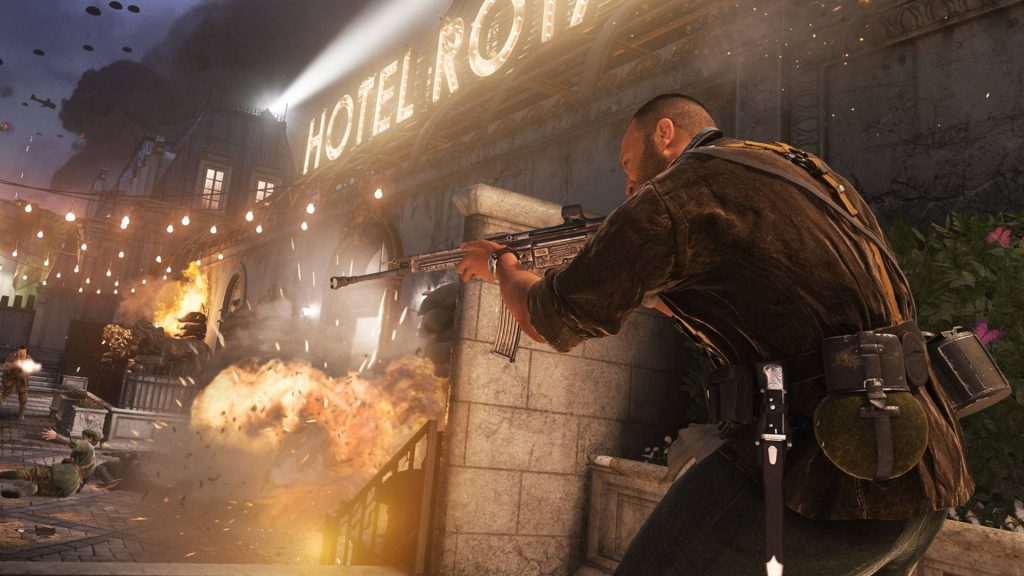 There’s a big update coming to CoD’s battle royale game; Warzone integrates with this year’s Call of Duty, Vanguard, later this year. Call of Duty Cold War integrated with Warzone not long after Cold War’s release, and Season 1 began for both games simultaneously in December 2020.

Warzone is currently on Season 6, with both Modern Warfare and Cold War weapons available to players. The Warzone map changed significantly in Season 3, receiving an ’80s makeover complete with action film icons John McClane and Rambo. Now there are even more changes coming to Warzone in November with the integration of Vanguard, including a new map, weapons, and anti-cheat system.

Activision Blizzard is facing a lawsuit filed in July by the state of California (since expanded for QA and customer service contractors) alleging years of discrimination and harassment. Since then, CEO Bobby Kotick has called the company’s initial response “tone deaf”, employees have staged a walkout, Blizzard president J Allen Brack has left, and the ABK Workers Alliance has demanded change at the company. The lawsuit is ongoing; follow the latest developments here.

In September, an agency of the US federal government opened an investigation into Activision Blizzard’s response to sexual misconduct and discrimination complaints from its employees, as part of which Kotick has reportedly been subpoenaed. The company is also facing a separate unfair labour practice suit alleging “worker intimidation and union busting” filed by a workers’ union, also in September. In another, separate development, Activision Blizzard reached an agreement with the United States Equal Employment Opportunity Commission “to settle claims and to further strengthen policies and programs to prevent harassment and discrimination”. In a subsequent letter to employees, the company has announced an end to forced arbitration, a $250 million initiative to improve diversity, and a major pay cut for Kotick.

A new report published this November now alleges Bobby Kotick knew about and suppressed reports of sexual misconduct. Kotick has responded with an official statement saying the Wall Street Journal’s article “paints an inaccurate and misleading view of our company, of me personally, and my leadership.” In reply, Activision Blizzard’s board of directors declared it “remains confident” in Kotick’s leadership.

Warzone will reset to Season 1 on December 9. Warzone is also changing its title to ‘Call of Duty: Warzone Pacific’, though it can also be shortened to just ‘Warzone Pacific’. Fans originally expected Warzone to update at the same time as the Vanguard release, but the later release of Season 1 for both Cold War multiplayer and Warzone didn’t arrive until December 16 (Call of Duty Cold War released November 13, 2020).

A recent PlayStation Store update leaked an image showing off three new operators coming to Warzone Season 1. According to known Call of Duty leaker Zesty, two of the operators are named Anna and Lewis. The operators are holding the following weapons: PTRS-41 Sniper Rifle, BSA Welgun, and M1944 Hyde Carbine.

The latest blog post announcing the map details a very important detail: only Vanguard weaponry can be used in Vanguard Royale and Vanguard Plunder modes. “This limit streamlines the meta, granting new players an opportunity to jump in without facing fully maxed-out loadouts right at launch. It also grants room for experimentation with these new weapons, giving the most hardcore community meta prophets a place to focus on the future for a winning loadout.” This only affects the weapons, as previously unlocked operators will have their unlocked content after the Vanguard integration.

Those who have guns levelled up prior to Vanguard will still be able to use them in standard battle royale and Plunder modes, along with the return of Rebirth Island.

We can expect a vast majority of the Vanguard guns to make their way into Warzone Pacific, and some may even earn a place in our best Warzone guns guide. Over 30 guns arrived at launch for Season 1 of Warzone and Cold War last year. It also looks like the integration between loadouts and profiles will be seamless, as the developers confirm in a Call of Duty blog post.

The new map is called Caldera and will take place on an island in the Pacific ocean. It has planes that you can fly, and AA guns, either stationary or mounted on trucks, that you can use to shoot down enemies that are in the skies.

Raven Software says, “Warzone’s Pacific map will be a change of pace from the war-torn environment of Verdansk to something that is more vibrant and alive… and something with plenty of secrets hidden within its beauty.”

It is roughly the same size as Verdansk and has “numerous points of interest to explore” which could be similar to Warzone’s bunkers, and the current Warzone red doors occupying Verdansk. The new Warzone map will also launch with the Richochet anti-cheat system for PC and will be ready on day one of the Warzone Pacific Season 1.

While you’re waiting for Warzone Pacific Season 1, why not tinker with your current loadout, with our best Warzone loadouts, or try these other FPS games in the meantime.