Call of Duty: Vanguard Has Officially Received Its ESRB Rating 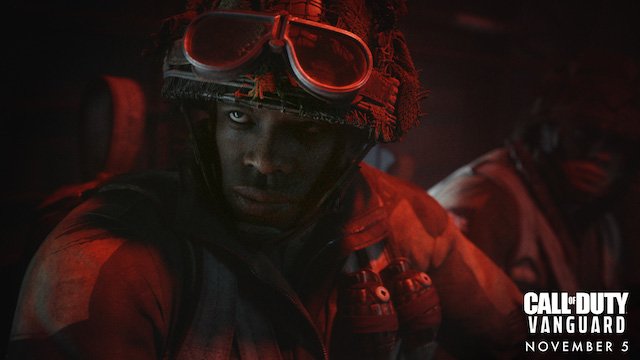 Call of Duty will have a new installment this November. Fans have come to expect an annual release for this franchise. Likewise, expectations are that this new game installment will receive a Mature rating. That’s not a surprise to anyone. But today we can officially confirm that the ESRB has rated the game M in the United States.

Again, this is nothing that fans shouldn’t already have expected. The past installments for this franchise were rated M. Players anticipating the game have already had a chance to check the title out. A beta launched which was reportedly not available to those that had banned accounts associated with Call of Duty: Warzone. We’re still uncertain if this something that’s only connected with Call of Duty: Vanguard beta or if the banned accounts may stick around for the actual video game launch.

As you can imagine, fans are not happy if they are already banned from a game that hasn’t officially launched. For now, we can at least focus on the rating, which again is marked to be Mature. ESRB has also supplied a rating summary which you can read their official statements on the game below.

“This is a first-person shooter in which players assume the roles of several members of an elite Allied fighting unit battling Nazi and Axis powers during World War II. Players recount events of the war, complete various missions, and use pistols, machine guns, sniper rifles, and explosives to kill enemy soldiers in frenetic, realistic combat. Battles are highlighted by frequent gunfire, explosions, cries of pain, and blood-splatter effects. Some sequences/cutscenes depict more intense instances of violence: a dramatic airstrike killing several soldiers, resulting in depictions of severed limbs and mutilated corpses; restrained prisoners beaten or burned alive; a soldier stabbed in the throat, close-up.

A zombie mode depicts several instances of decapitation and dismemberment, as players use guns and bladed weapons to kill hordes of undead soldiers. The game includes customizable player cards that can be equipped as part of players’ identity. Some of these cards depict marijuana-related items (e.g., illustrations of cannabis, characters smoking) and female figures designed with deep cleavage and/or wearing revealing outfits (e.g., lingerie). The words “f**k” and “sh*t” appear in the dialogue.”

Currently, Call of Duty: Vanguard will be available for players on November 5, 2021. That’s of course as long as there are no unexpected delays that pop up. With that said, you can expect the game for PC, PlayStation 4, PlayStation 5, Xbox One, and Xbox Series X/S platforms.