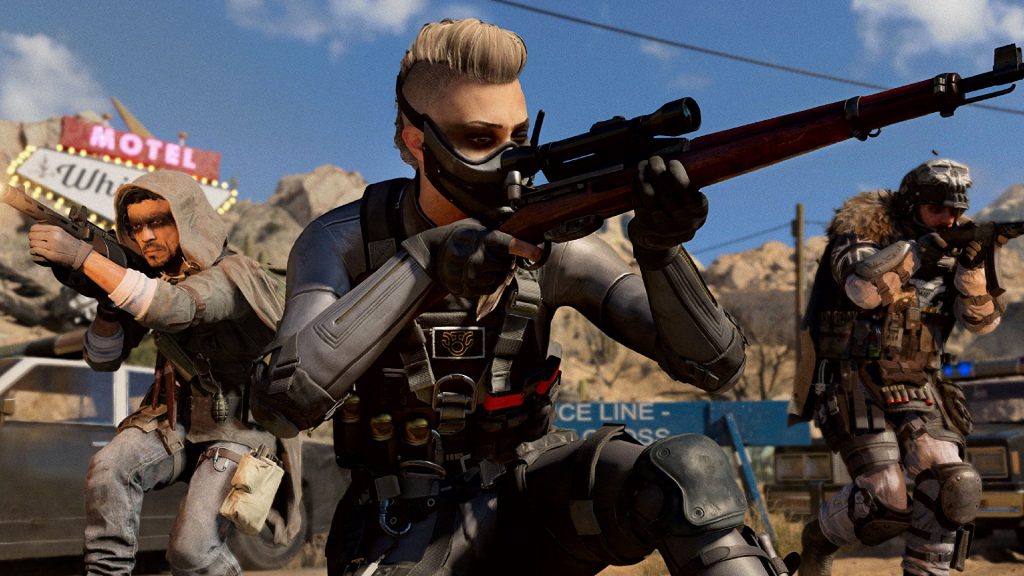 Before Verdansk got nuked into the 1980s, Call Of Duty: Warzone had a subway you could use to fast travel around the map. I used it a total of once, then totally forgot it was there. So it’s surprising to see that a new fast travel method might return. Only the trains may be ditched in favour of magical Red Doors, and I’m not sure how I feel about it.

Unofficial news site Modern Warzone said that according to a “new Warzone survey”, 1980s Verdansk “is getting a new fast travel system with Red Doors”. In their tweet, they highlight a slice of the unspecified survey which asks respondents to rank aspects of the new map they enjoyed the most. One of the answers is “The Red Doors (new fast travel system)”. Huh.

Per a new #Warzone survey, Verdansk 1984 is getting a NEW fast travel system with “Red Doors.” 👀

This will most likely function similar to the subway systems in the original Verdansk map. pic.twitter.com/L0ZmmphKzY


From the looks of things, this may have been a survey sent out to Warzone influencers who got hands-on with the 1980s Verdansk before its launch. I’d guess maybe an invite-only affair where they got to play the map early, perhaps test out a bunch of unreleased features, and give feedback on it all. It’s worth noting that while Modern Warzone have been spot-on with leaks in the past, I’d still take this with a generous splash of salt.

Still, let’s go with it and say that Warzone will add Red Doors as fast travel points around the map. It would certainly fit thematically, given how The Red Door plays a big part in Black Ops Cold War’s campaign as a sort of portal into dark, skewed memories.

Doors are less complicated than trains too, so I could see them working a lot more reliably. I say this, because the one time I did take the subway in Season Six, it deposited me straight in the poison gas. I imagine these Red Doors to be instantaneous warp points located in bunkers. Step through one, and you’ll spring out of another across the map. No waiting around for a train and no deep tangle of underground corridors, perfect.

I invite a revamped fast travel method, especially as it’ll help the pace of Warzone matches, perhaps cutting down on time spent running, and more time spent in the thick of the action, gunning. Fingers crossed these doors are as simple as I’ve surmised, otherwise I fear I may ignore them entirely. But then I’d have more questions. Would they design them to combat campers? And would this involve loot drops that grant special access to these Red Doors, perhaps? Would we be able to choose where we fast travel to? Wait, do I actually invite a new fast travel system? I guess only time will tell.

Ever since the nuke dropped, Verdansk has seen a real meta shake-up. To get you up to speed, why not have a read of our best Krig 6 loadout and AK-47 loadout for Warzone.