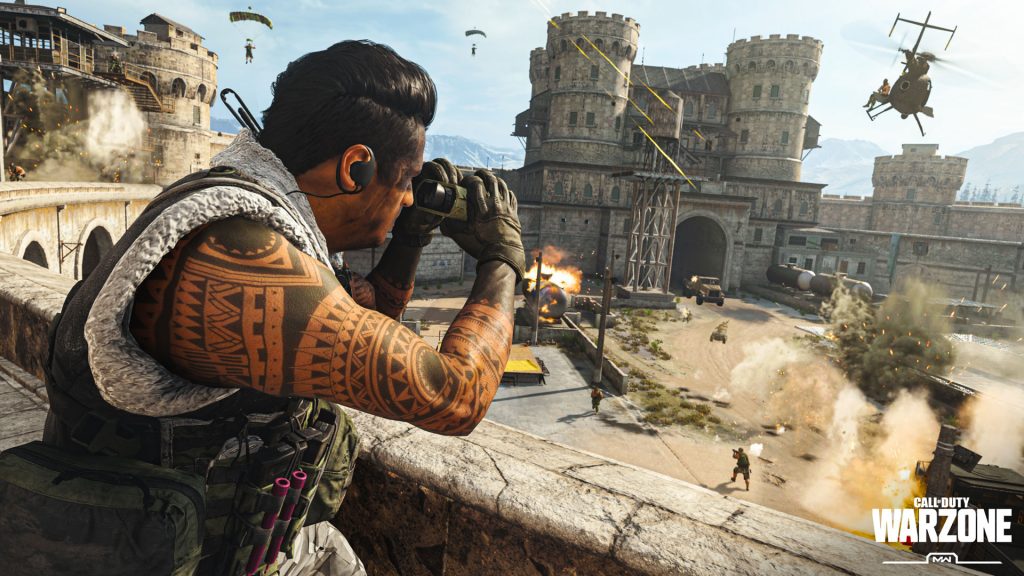 Call of Duty is a massive IP and it’s not uncommon for this franchise to get plenty of rumors circulating as to what players can expect to pop up next. However, it was during Call of Duty: Modern Warfare’s release that rumors spread of an upcoming battle royale game mode being added in. These were just rumors but it had players interested, not only did this rumor prove to be real with the release of Call of Duty: Warzone but what surprised fans was the fact that this was a free-to-play battle royale game mode that could be enjoyed as a standalone experience. Players didn’t need to purchase Call of Duty: Modern Warfare to get their hands on the multiplayer mode and it was released on multiple platforms with cross-platform play. Ultimately, players could enjoy this game with the added benefit of cross-platform progression through PC, PS4, PS5, Xbox One, and Xbox Series X/S platforms.

Overall, the gameplay is very much just like Call of Duty: Modern Warfare so there wasn’t anything drastically changed up. Players could still tweak their loadouts and characters while the game offered a few different modes. For instance, there are modes for squads or if a player just wishes to drop into a free-for-all match. Just like with other battle royale games, the player will drop down into an open world where they’ll gather up supplies and gear while taking out opposing players. Meanwhile, the map will shrink down in size and if you’re not able to get out from the area quick enough on foot then there are multiple vehicles available to use.

An interesting aspect that made things a bit different here compared to some of the other battle royale games is the Gulag. This was essentially a second chance at getting back into the game if you were killed early into the match. However, it looks like there may be a big cameo appearance in the popular battle royale title here soon.

We know that the game is bringing out a new season which is based around the 1980s and it’s likely going to feature some iconic characters as well. One of those is going to be John Rambo. A new recent tweet from the official Call of Duty Twitter account makes references to a survivor named John with some statistics. Some fans were able to crack the code with more evidence leading to the character’s appearance such as there been five films with Rambo confirming 552 kills and combining the films would run for about seven hours long. So far, we’re waiting on the official reveal of Rambo, but perhaps he will be joined by some other iconic 1980s action heroes.