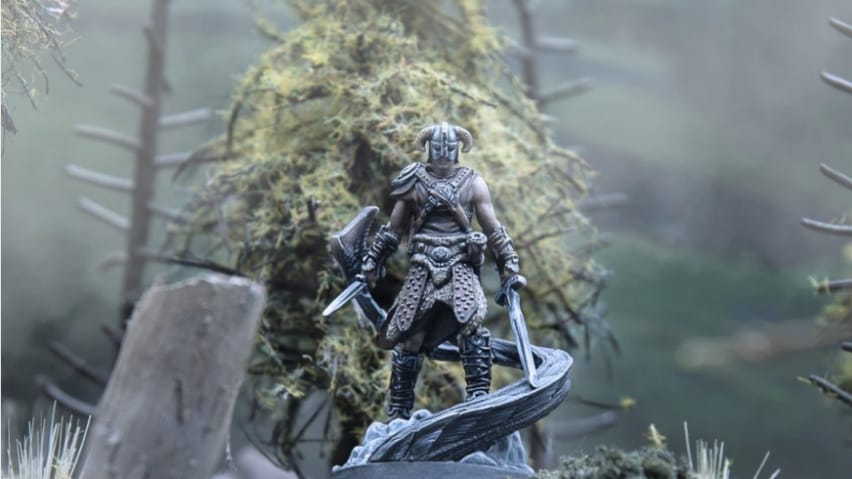 Modiphius Games have announced that they will be pausing production of products for The Elder Scrolls: Call To Arms, an officially licensed miniatures game based on the popular RPG series. This is being done in order to address multiple issues with the game including production of future expansions and content as well as quality-of-life concerns such as updating rules and keeping players informed.

According to their official post active development of products will be delayed for two months starting at the end of July. Unfortunately, that means that if you were interesting in buying miniatures or materials to play this game yourself and they are out of print, you are going to be waiting a while. The reason behind this are to help combat multiple production and shipping issues. The reasons cited include delays in sea freight, as well as one of their manufacturing plants catching fire leading to production issues across the board. Furthermore, it’s to help internal teams plan ahead as well as help smooth out the launch of a US webstore to complement their UK webstore.

This doesn’t mean that everything is being pushed back, however. Since they already have copies in stock and ready for distribution, this means the release date of the new Histories of the Empire Volume One: The Stormcloak Rebellion are being moved up from the end of August to the end of July.

Secondly, Modiphius will be working alongside their Elder Scrolls: Call To Arms community to update and consolidate everything in the core rulebook. While they have stated that this isn’t a substantial overhaul of the main rules, these changes will involve removing contradictions, updated page references, and removing any ambiguous elements. This updated rulebook will be made available both in digital PDF format as well as brand new printed rulebooks. If you have already purchased a book through the webstore, you will just have to pay postage for this new updated physical book.

As a follow-up to this issue, Modiphius went on to say that forum posts regarding rules and errata will be centralized as well. This will include the launching of an Elder Scrolls landing page, which will keep players informed about developments of the game going forward such as new content, changes to core rules, or looks at upcoming figures and card packs.

The post ends with a vague roadmap of what Chapters and additions will be coming down the line. These include a deluxe edition of the rulebook to be released alongside Chapter 5: Forgotten and Fosaken which is aiming for a mid-2022 release date, with a branching out from the land of Skyrim to other lands of Tamriel coming sometime in 2024.

While the idea that Modiphius constantly needs to update and refine the rules of their games after release isn’t exactly new, it is always great for a developer to be transparent about issues their players may not be aware of. This is especially refreshing to see given our positive thoughts on the game upon release. While not all of these issues were exactly in their control, it seems they are making the most of the situations they can with the same passion they have shown for this franchise. For fans of their miniature gaming take on The Elder Scrolls, that openness is greatly appreciated.