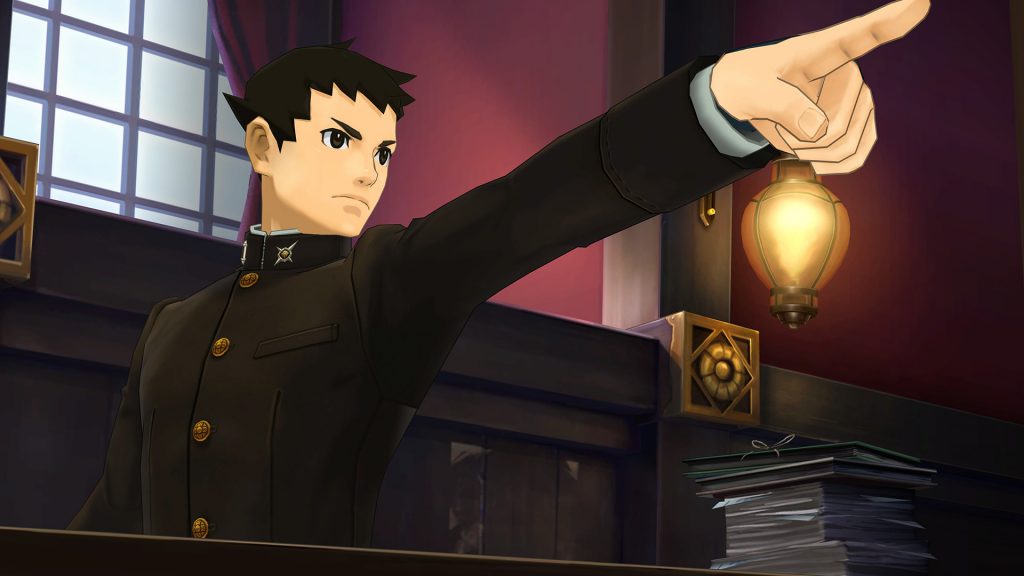 Everyone’s favorite logic game (or at least mine) is celebrating its 20th birthday. Ace Attorney is turning quite old, and with its rich history, Capcom has unveiled a website to celebrate its 20th anniversary. The Ace Attorney franchise just saw the release of The Great Ace Attorney Chronicles, a fabled game once thought to be a forever Japanese exclusive due to localization issues. The encouraging new release and website launch shows that despite a lack of real solid news, the Ace Attorney games are still alive and well.

The website features a variety of art, event details, and exclusive merchandise for fans to lay their eyes on. Special limited edition prints are being released, created by character designer and art director Yusuke Nakamura and Kazuya Nuri. (The art features Phoenix Wright, Miles Edgeworth, and the cast of The Great Ace Attorney.)

An Ace Attorney exhibition that started on October 1 will continue onwards until October 18. And a history section on the website features a cryptic image of all the game’s protagonists lined up together, with an ominous “coming soon.” We all know what that could mean.

Heading back to court

A message by the Ace Attorney Series Development Team is also posted prominently on the website, thanking fans for their support. According to GamesRadar, the message goes over the franchise’s history, with the first game releasing on the Gameboy Advance and the evolution of the franchise.

“I believe this is a testament to the support of many people,” the statement says, “and not something that Capcom could have done alone. I am truly grateful.”

Combined with the ominous “coming soon” message, the statement also continues with: “We hope that you will continue to enjoy the Ace Attorney series in a variety of ways, and we look forward to working with you for many years to come.”

Does this potentially hint at a new Ace Attorney in the works, or is it just simple corporate lingo? Hopefully, we’ll be back in court soon. In the meantime, you can celebrate the Ace Attorney anniversary by playing the new Great Ace Attorney Chronicles today. (Seriously. It’s an amazing game.)

The best in the franchise, even.