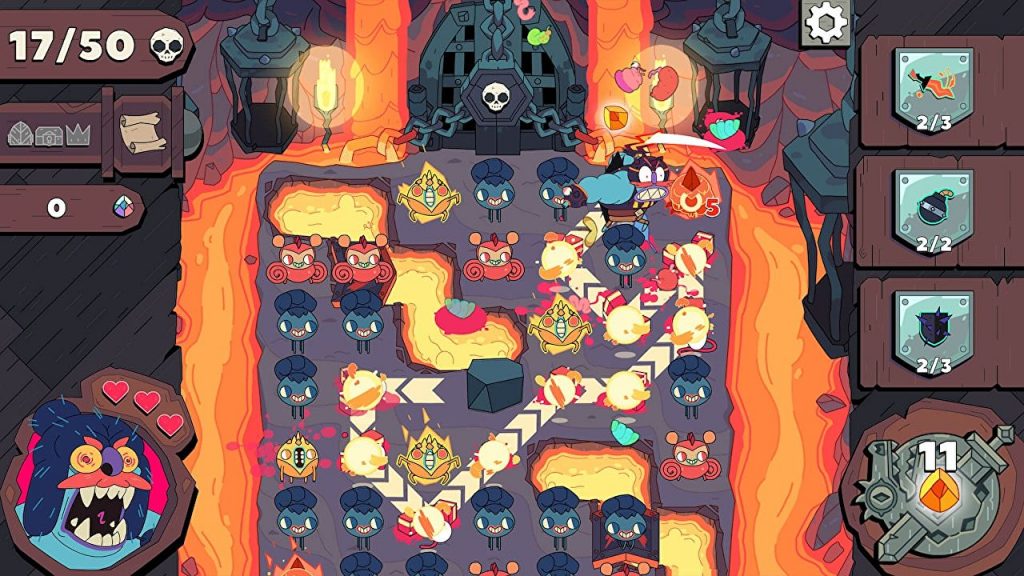 Capybara Games of Below and Super Time Force fame are at last bringing their latest to PCs this month. Their puzzle battler Grindstone is a combo-building puzzle board about hacking through creeps on your climb up Grindstone Mountain. Capy have just announced that the puzzle slasher is getting a PC release on May 20th, which will include all its past game updates, including today’s new Fortune Grind update.


Grindstone is all about slicing a path through a bunch of creepy creatures on your 7×7 board in each level, earning new gear, battling bosses, and collecting currency along the way. It’s got various types of enemies on the board, with their own abilities and all, making you think about where you’ll land at the end of your turn and how to prepare for your next big slash. The new Fortune Grind update (out today on current platforms) gives you a snazzy wheel to spin that might reward your runs with either extra loot or extra obstacles instead.


Grindstone was originally avilable on the Apple Arcade, but Katharine tried it out when it launched on the Nintendo Switch over the winter and was quite taken with it. She said that the puzzling setups in each level are pretty clever and that the colourful and cartoony style is grand too. She also said that it would be her GOTY if it comes to PC this year so let’s hold her to that, shall we?


Grindstone’s visual style isn’t so much my personal jam, but I do really enjoy a good puzzle joint. Especially, as Capy point out in the PC release announcement, when it’s got a “super innovative and groundbreaking windowed mode”. You know, for putting on a spare monitor while you definitely aren’t still working for the day.


If you’re up for a bit of action-y puzzling yourself, there’s not a long wait left. Grindstone launches for PC over on the Epic Games Store on May 20th.