Cathartic office beat ’em up Say No! More is out now 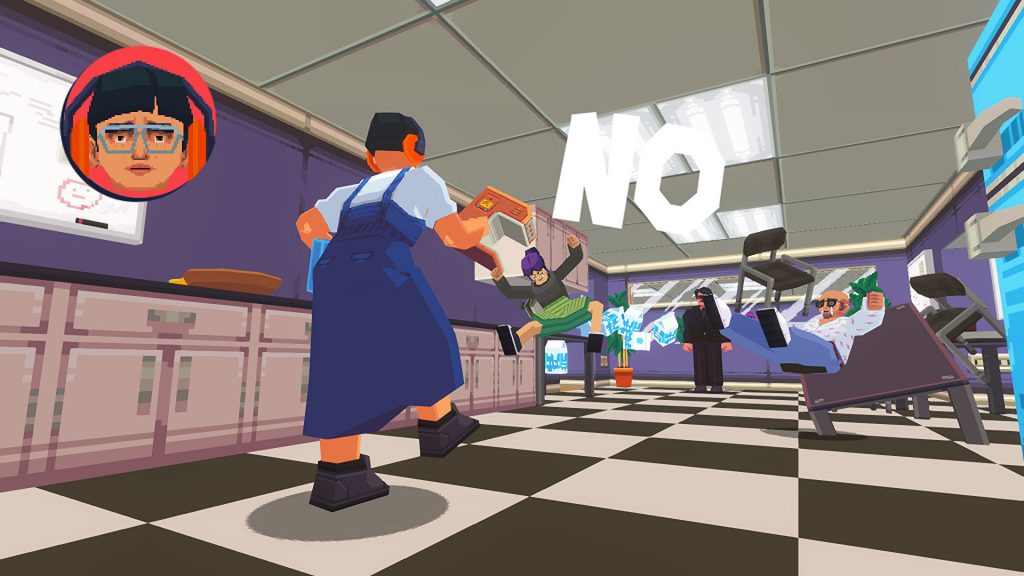 Saying “no” is tough, especially at work. We’ve all had ridiculous requests and nonsensical directives from superiors in past gigs, right? Never fear though, the way of the yes-man is coming to an end and the era of the no-folks is on the horizon. You can practice setting those boundaries right now in the silly beat ’em up Say No! More which challenges you, the intern, to put your dang foot down at last. Use the power of your voice to send your pushy co-workers flying through the office so they never steal your lunch again.


I think everything about Say No! More looks like great, silly fun. It’s got bright colors and chunky low-poly characters that remind me of Katamari Damacy. It’s got a similar, ridiculous energy to it too, what with just deciding to shout “no!” at folks and blast them around the office. I’m particularly tickled by the co-workers who spray a cloud of printed papers all over the place when they’re thrown back by the force of your words.


“Using simple controls designed for anyone to pick up and play, start your working life through a predetermined path in a quirky office environment,” Studio Fizbin say. “Confuse people with different actions to let their guard down, then charge up your NO! for an even greater effect on unsuspecting colleagues.”


You can create your own intern persona with various faces and outfits. You can even pick what language you want to shout your “no!”s in, thanks in part to a charity initiative Studio Fizbin ran last year.


I’m expecting it to be on the simple and breezy side, what with a what with the “predetermined path” and all. It still looks like a riot, and I’m well up for a good laugh instead of an intense fight. Seriously though, isn’t saying “no” to people almost as scary as a fist fight anyway? I definitely need practice handling one of those things more than the other. My only question is whether I can count playing as professional development.


Say No! More is also one of the top ten games in April that we’re looking foward to this month.