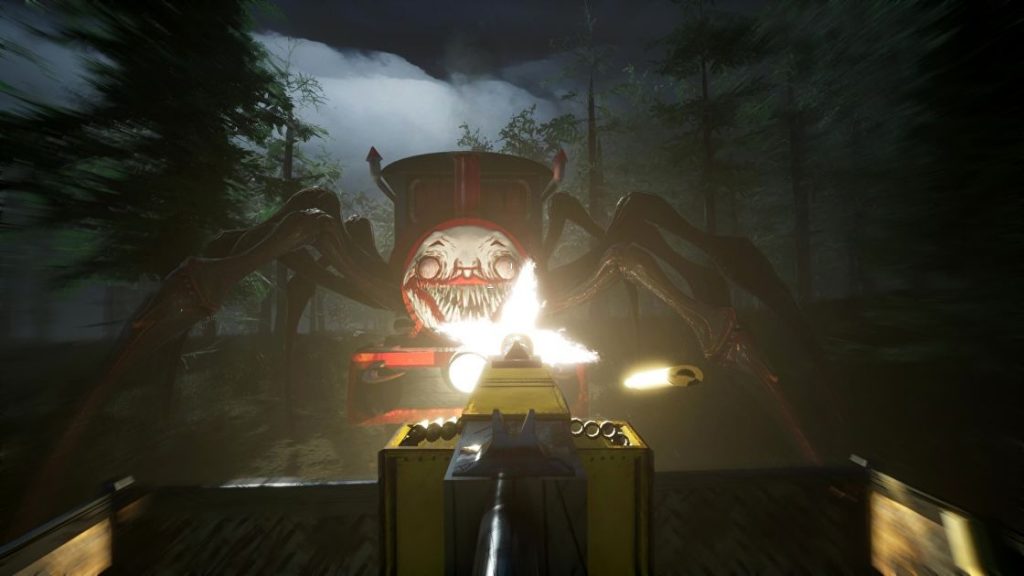 People have been adding a seemingly-possessed Thomas The Tank Engine to games via mods for years, from Skyrim back in 2013 to the Resident Evil 2 remake more recently.

Choo-Choo Charles turns a pursuing locomotive into an entire open-world horror game. Also the train has spider legs. Find the trailer below.

According to the Steam page, “Charles is a bloodthirsty train, and you need to destroy him.” You do so by traversing the open world in your own train, albeit one confined to tracks. You’ll need to disembark to reroute the trainline or clear a path, putting you in danger each time from the skittering engine Charles.

You can upgrade your own train with better armour as you go, and there’s a mounted gun turret you can use to eventually fight back and destroy the menace.

There are a lot of novelty horror games, but this has me sold. I can already feel the tension of having to leave the relative safety of my train to perform some tasks. I also like that it’s an open world and that Charles is always out there, meaning you’ll have opportunity to hide and spy on him in between terrifying chases. It looks a little Sir, You Are Being Hunted and a little vehicular survival horror Beware.

Choo-Choo Charles is being developed by Two Star Games and currently aiming for an early 2022 release.