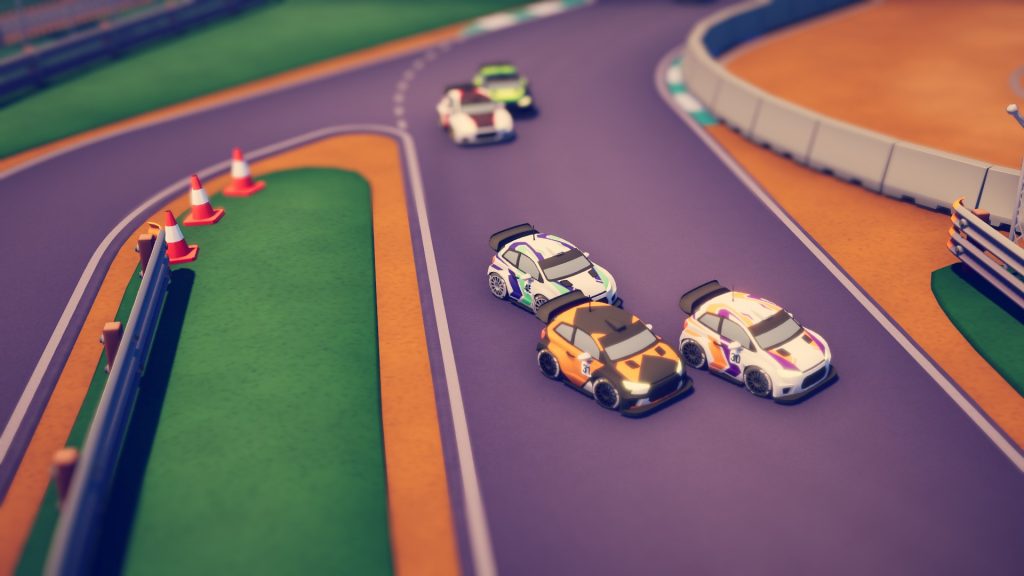 Isometric racers have often gotten overlooked by me, despite the fact that I love the racing genre as a whole. I’ve just always found the top-down perspective to be a little awkward. I think it’s way easier to control your vehicle when looking from a first-person viewpoint. But, after pouring several hours into Circuit Superstars and its surprisingly decent wealth of content, it has pretty much sold me entirely on the whole sub-genre.

From its presentation to its driving mechanics, Circuit Superstars is glowing with polish and attention to detail that should definitely help it stand out in the current sea of racers.

Circuit Superstars really covers its tracks well (pun-intended) when it comes to the various types of racing that it features. Rather than being regulated to just a single racing discipline, there are 12 categories represented here. Piccino cars are the beginner class, and the easiest to grasp due to its relatively slow speed and direct handling. Superlights turn up the heat by being noticeably more zippy and nimble, yet still surprisingly agile around the corners. Euro Trucks flip the whole experience on its head by putting you in control of lumbering racing trucks which feel a lot heavier, and thus result in a lot of bashing (unintentional, of course).

That’s only a taste, and there’s more where it came from. GP cars from the 1960s break the mold yet again by giving you the true taste of the frenetic action that Circuit Superstars has coursing through its code. Muscle Cars are also quite fast, but have a bit more weight to them. Super Trucks quickly became my most favorite discipline due to it showing off more on unhinged track designs, with shallow jumps and a mix of off-road and paved sections of track. Rallycross follows a similar beat, though is a tad faster.

Circuit Superstars comes with a host of cups for which to compete. GT Supercup, Prototype, ’50s GT, ’80s GP, and Formula GP basically flow in the same lane of being fast, frantic, and frustrating (in a good way?). The races in these five championships are longer and include multiple laps, as well as car degradation. 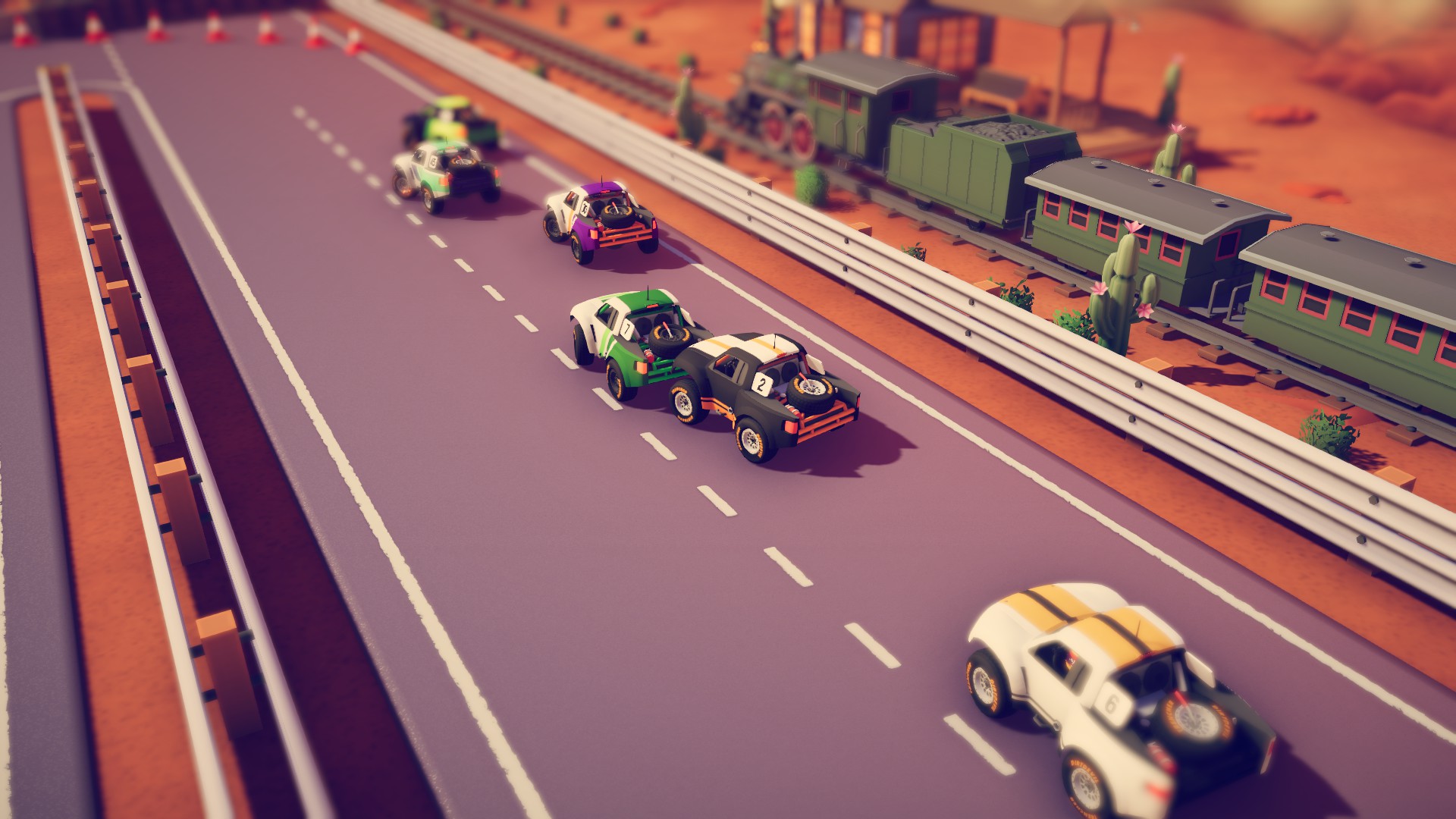 Just like in proper racing sims, some crucial seconds will need to be sacrificed in the pits to replenish fuel, change the tires, and repair damage before getting shot back on the track to attempt to regain pole position. The reason why I specifically said “attempt” is because despite there being three difficulty levels that have their own dedicated lanes of completion, the lowest difficulty still proved to be a challenge.

I observed the AI drivers making a few mistakes in the lowest difficulty. The flubs bought me a few easy passes, but there were still times where it was me spinning out, getting knocked into the guard rail, or taking a turn too quickly, and it was hard to regain any meaningful positions. At the same time, when things were going well and I was tearing up the course, I would be lapping the competition. It’s an odd dynamic, and perhaps the higher difficulties balance things out more. But, due to time constraints, and, well, cowardice, I didn’t verify this theory for this review.

Nevertheless, whether I was in first or dead last, (guess where I spent most of my time), I was having a blast zipping, swinging, and powering through Circuit Superstars‘ beautifully detailed courses. The colorful, cartoony aesthetic is absolutely lovely, right down to the surprising number of special effects like beautifully puffy tire smoke and car exhaust, foliage whipping in the wind, and bodies of water sporting bright and vivid reflections of sunlight.

It’s a shame that there isn’t more in terms of track environments. Most tracks take place in a scenic countryside, only rarely venturing into other areas like a desert and coastal town. There’s also a lack of weather and time of day; every race is in the daytime with bright, sunny conditions. I would’ve loved to see how the well-oiled driving mechanics of Circuit Superstars handle driving across wet asphalt, or trudging through deep mud for the off-road races. Even so, these omissions, though standard, aren’t a deal-breaker. 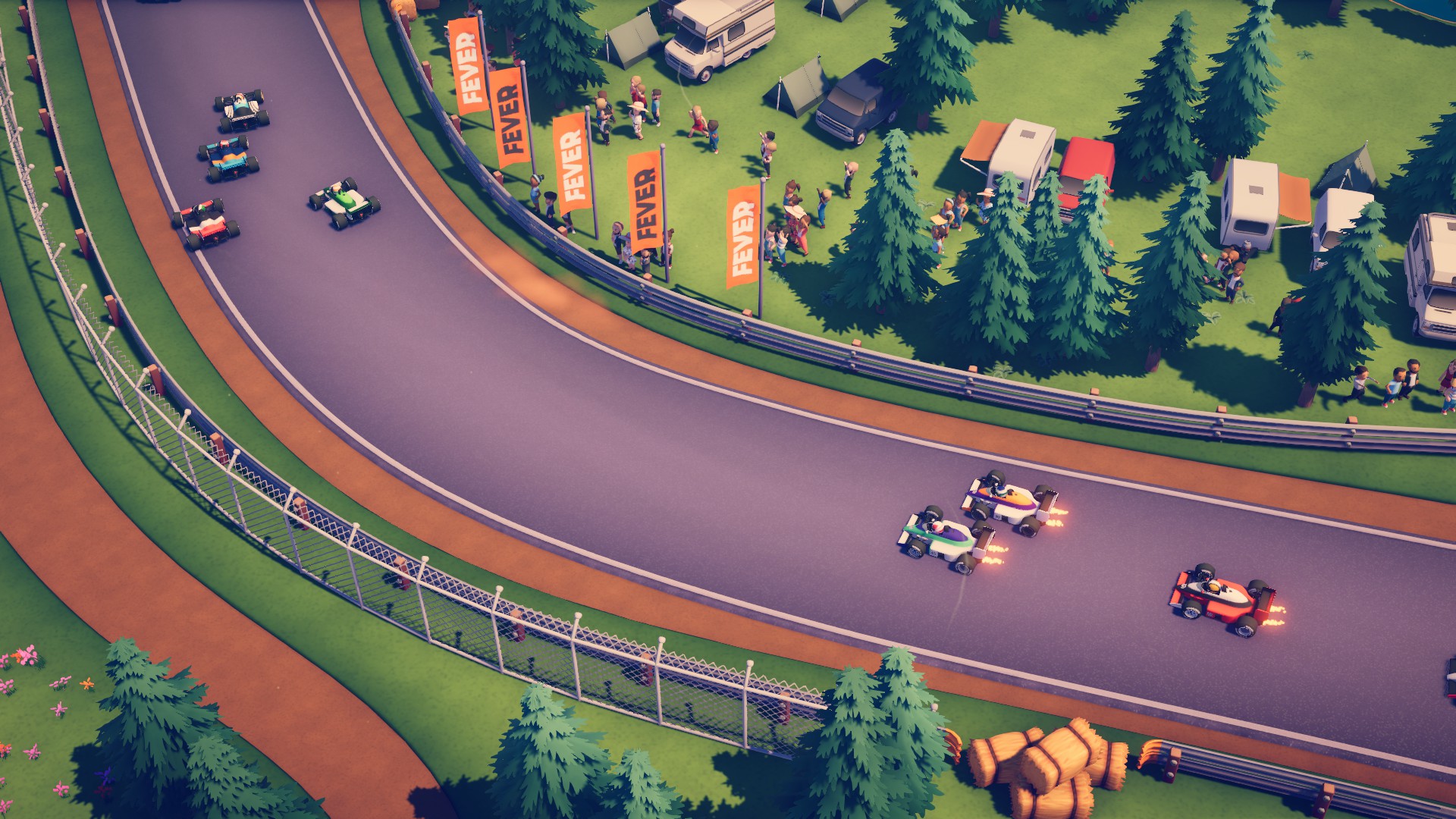 Circuit Superstars still accelerates where it matters: the sense of speed, fun factor, and driving experience. It seems to walk the line between a sim and an arcade racer, borrowing elements from both. It’s not nearly as detailed and cutthroat as a Forza Motorsport or WRC experience, but neither is it as wild and crazy as something like Hot Wheels Unleashed. It drives smoothly along the median strip of the road. That is to say, it feels great. Cornering in just about every vehicle type is easy, and taps of the throttle and brake gave a surprisingly effortless response.

I want to emphasize how well Circuit Superstars handles this, because I cannot tell you how many times I’ll find myself slamming into walls when playing other racers. It’s a skill I haven’t mastered just yet, but yet, Circuit Superstars has finally granted me the rush of dopamine that comes with sliding around a half-circle bend with style and finesse. That’s why I would absolutely throw this at anyone who’s not too familiar with racers, but truly does want to hone their skills a bit. The Top Gear DLC plays into this function nicely by pitting you against various ghost drivers around the iconic track to see just how fast and smoothly you can whip it.

My only true letdown with this package is that races across the 12 disciplines do reuse a lot of the same tracks. Admittedly, there are different layouts depending on the discipline, but it would have been nice to get a little more variety. Not to mention that there isn’t a track editor either; I would’ve loved to see what the community would cook up with such a nice engine to accompany the designs. Nevertheless, Circuit Superstars still holds its own as a solid new IP that I hope gets further entries, if not more content. 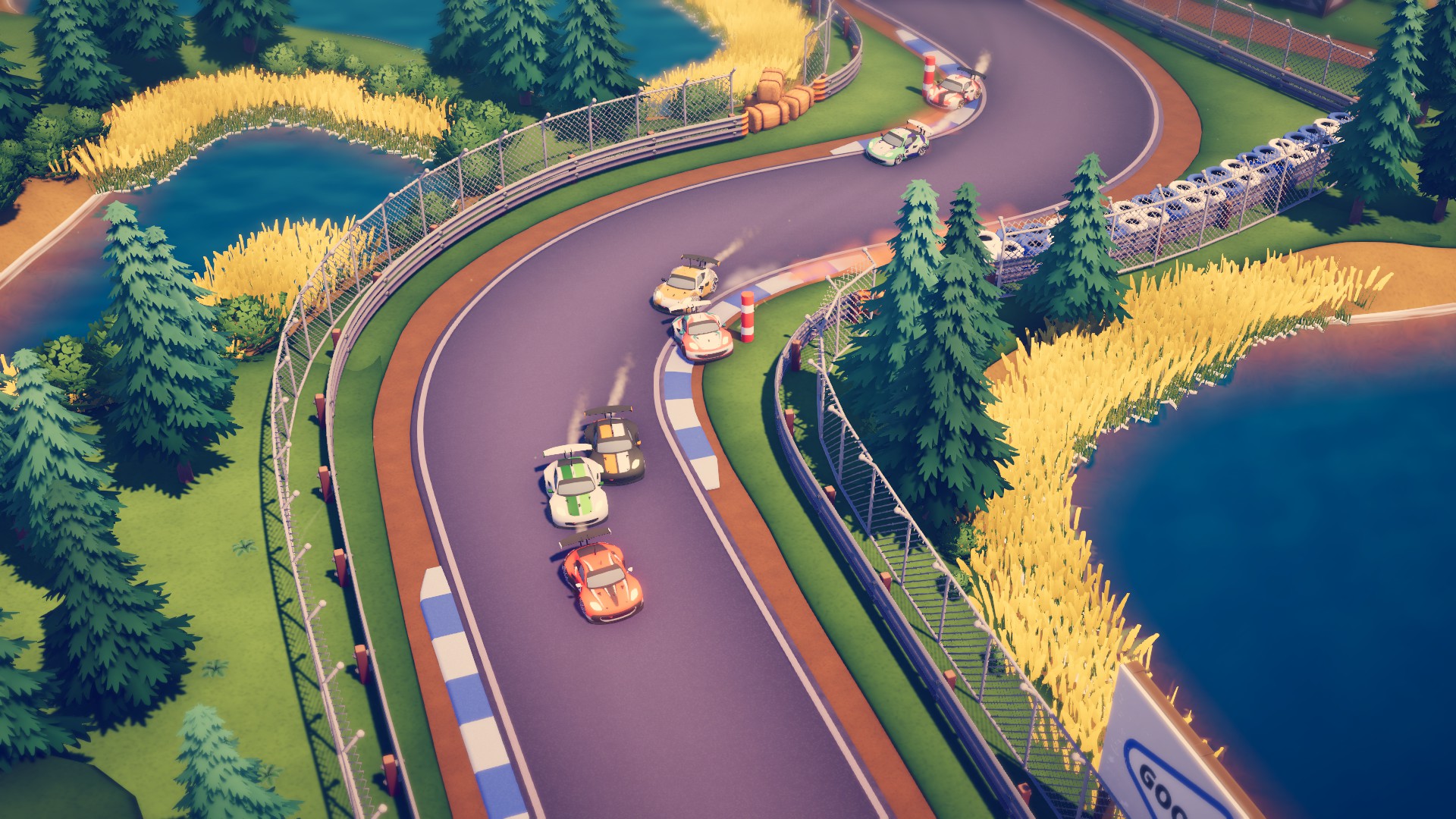