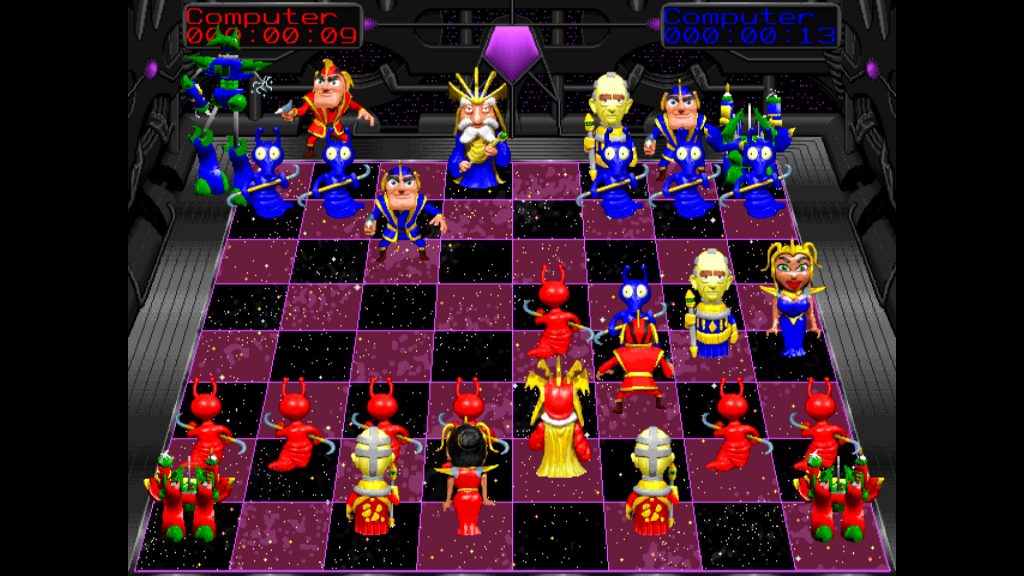 Back in the early 1990s, developer Interplay released the Battle Chess games on MS-DOS. This series of games took the classic game of chess and spiced it up with more visual flair, with pieces represented by living, breathing characters battling with each other. The concept certainly comes off as simple, but players and critics alike praised the series quite a bit back in the day. Players nostalgic about the series, as well as those curious enough to try it out, will have reason to celebrate today. Interplay just re-released Battle Chess 4000, the third game in the series, on Steam.

Battle Chess 4000 separates itself from other installments in the series by sporting a futuristic space theme. So rather than having the pawns appear as soldiers like the previous entries, Battle Chess 4000 has goofy-looking aliens that serve as the pawns. The game also has a claymation art style, which helps make the character sprites and detailed death animations noticeably more comedic.

But that’s not all

According to a press release, the Steam versions of Battle Chess 4000 and the other games in the series include special perks, such as Remote Play Together support. This should make the prospect of purchasing old recreations of chess a bit more enticing for the average consumer. Regardless of whether or not players enjoy playing these releases, it is admirable that Interplay has preserved and updated them so that curious gamers and future gaming historians alike can admire them.