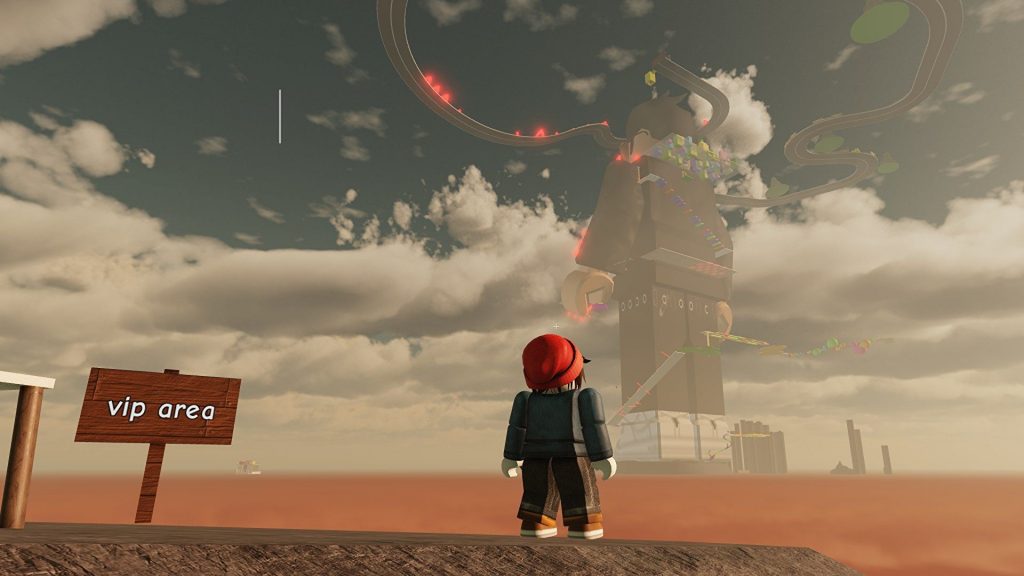 VVVVVV creator Terry Cavanagh released a free new game that he built in Roblox. Climb The Giant Man Obby is a platformer, and though the title tells you that you’re climbing a giant man, it doesn’t tell you that there are puzzley bits, jumpy bits, and more. It’s a fun way to accidentally play a game instead of eating your lunch, because I just did that. Now I must eat.

My new game, Climb the Giant Man Obby, is out now on Roblox! You can play it here: https://t.co/H2kST9juxn pic.twitter.com/R2FEYUKes9

The big boi stands above a blood red sea, which is probably that colour because you and the others playing it will die a lot. You’ll perish at tricky jumps, moving platforms, and every other cruel trick a platformer can throw at you. Terry knows that this sort of thing only works when you can get right back into the game, so every area has a respawn that drops you right back at the puzzle you perished at. You might fall off the fidget spinner, but you’ll be dodging the invisible, instadeath walls eventually. I really enjoyed snaking up the large statue. There are so many platform puzzles on the way to the top that dying doesn’t diminish the fun. Something new and interesting is only a few deaths away.


If you want to see how it came together, Terry has been tweeting about it for a couple of months: “gonna see if I can make something small in Roblox!” is probably the most wrong tweet he’s ever made. He made a giant!


Want it? Climb The Giant Man Obby is here.