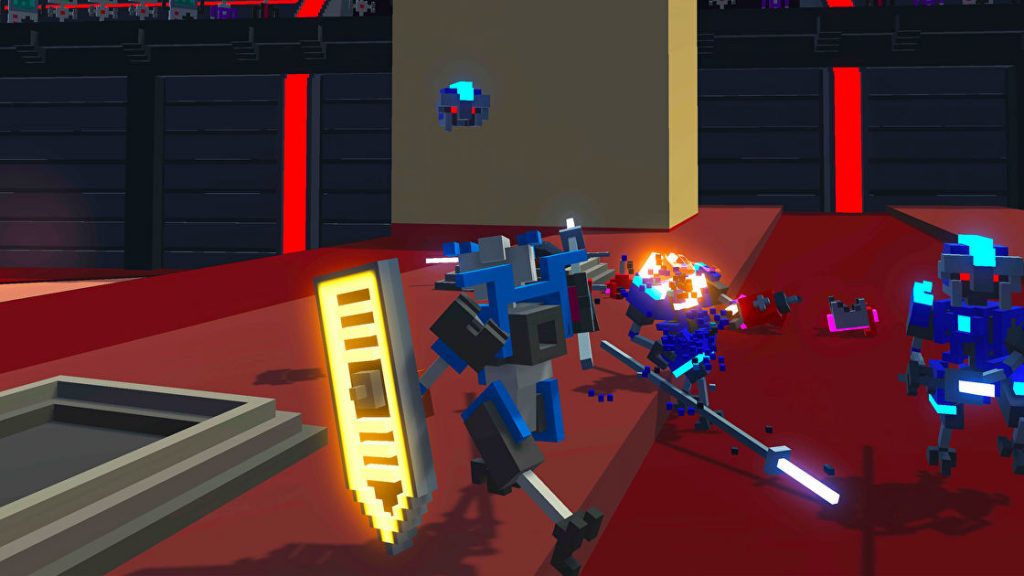 Sure, Dead Space is getting a remake, but there’s more than one game about cutting off limbs, and the other one is called Clone Drone In The Danger Zone. After four years in early access, the voxel robot arena battler (with laser swords) has hit 1.0 today.

I haven’t played it, but I think Clone Drone is superior to Dead Space in several ways. One, I’m a wuss, and this isn’t a horror game. Two, it’s got a story, coop and multiplayer modes, so you can alternately lop the legs off a giant spiderbot in its campaign and the arms off your pal Frank in its Last Bot Standing mode. Three, Dead Space doesn’t have two sports commentary robots providing play-by-play analysis of your fights, while Clone Drone does.

Clone Drone launched in early access back in 2017 and has amassed thousands of positive reviews since. It has an “Overwhelmingly positive” rating on Steam at the time of writing. It also has Steam Workshop support, so it’s already got tens of thousands of user-made levels for its challenge and endless modes.

Version 1.0 adds a fifth and final chapter to the game’s story mode, which I assume is Shakespeare tier, and it has a 15% launch discount on Steam.